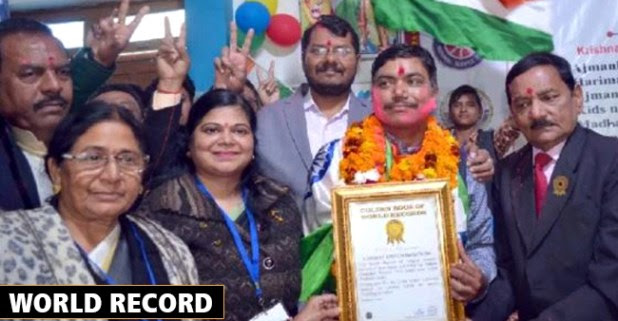 Yatish Chandra Shukla is not just a name. The man from Lakhimpur, Uttar Pradesh went ahead on breaking records for 100 hours and even more than it. He is a former guest lecturer, from Lakhimpur who stood in front of the podium on 5th of January and went unstoppable for 4 days as he ended his speech on 9th of January and that was not the end. Satish is all set with his new record which earlier was in the name of Nepal’s Ananta Ram KC for speaking consistently for 90 hours and Satish did the extraordinary by speaking for 100 hours. 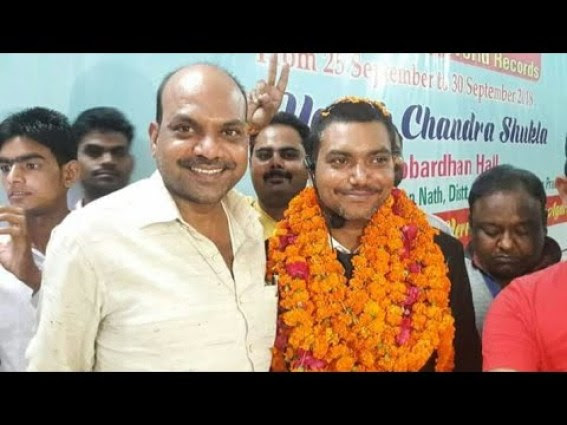 The story was captured by Amar Ujala and it is now all publically known to us. Yatish has set such a tough record for the next challenger as it’s really unimaginable to break such record by continuously speaking for more than 100 hours without being despair in between.

In between his 100 hours of speech, he has almost taken 32 breaks to create this new record by breaking the 90 hours records and the those who witnessed it happening celebrated this new record with a food party in the small town in UP. 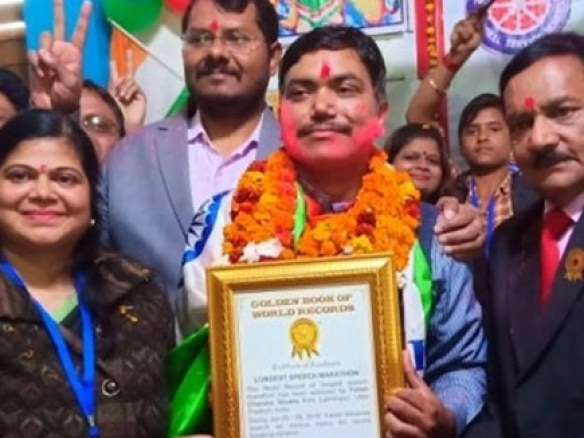 After the happening, the officials of the Golden Book Of World Record, they handed him the certificate in the presence of the Sub-Divisional Magistrate, Dr. Arun Kumar Singh. It was a great honorable moment for the small town people of Lakhimpur. 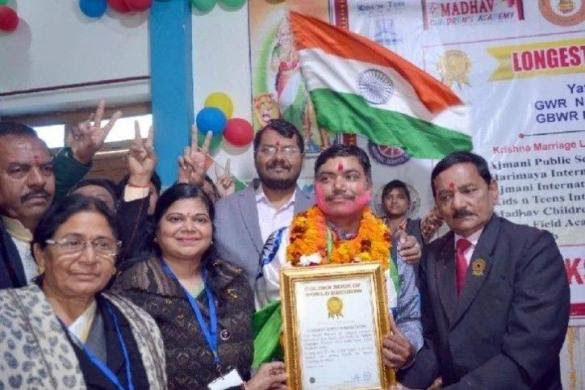 This was not the first time he got some reward, as the man has already two records on his name. Earlier, he made a record of teaching for 148 hours and the other one is reading for 123 hours continuously and now the man has created a third historic award of 100 hours speech.

Indians are stretching their legs on all the fields and recently we have been topping the charts on many aspects, so folks, be proud of being an Indian.