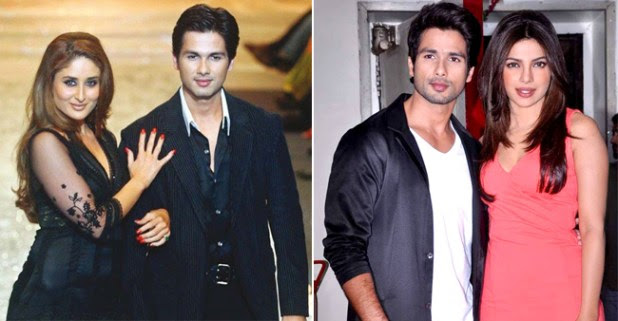 Shahid Kapoor recently visited the sets of Koffee With Karan Season 6. Karan Johar, the host of the show popped up a lot of question to Shahid Kapoor. He also asked him that if given the power, memories of which of his former girlfriends Priyanka Chopra and Shahid Kapoor like to forget? The actor gave an interesting answer on the show and if you are a die-heart fan of Shahid Kapoor you would want to know what he said.

Presently, Shahid is a happily married man with two adorable kids. But in his past, the famous actor shares love affairs with Kareena Kapoor Khan which lasted for over three years and Priyanka Chopra which made huge headlines. But none of the love stories went ahead and he ended up marrying Mira Rajput in 2015.

Coming back to the question asked by Karan Johar, he replied, “See, my relationship with Kareena was longer and with Priyanka, it was shorter. I think the man that I am today is because of all the experiences that I’ve had. So I wouldn’t want to delete any of the memories. It’s taught me a lot.”

Meanwhile, Kareena Kapoor Khan has just returned from a family vacation in Europe and Priyanka Chopra has recently got married to actor-singer Nick Jonas. The couple is honeymooning with Nick Jonas in the Caribbean.

On a professional note, Shahid is busy shooting for Kabir Singh which is a remake of Telugu film Arjun Reddy. The film is slated to release in June 2019.

For more updates and the latest scoops stay connected.