Shahid Kapoor For The First Time Opens up About His Little Munchkin, Says Zain is a Disciplined Boy 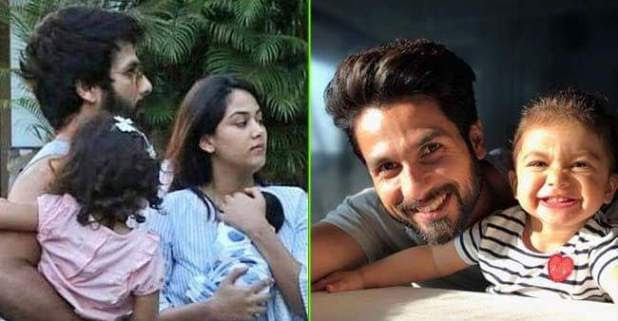 Shahid Kapoor is having a good time in his personal as well as professional life. The couple Mira Rajput and Shahid Kapoor have our hearts on the internet. The actor might not have a huge hit on the box office but his personal life is all around the corners of social media. And 2018 ended on good terms for the couple as they gave birth to a baby boy. The little munchkin became the trending sensation overnight.

The little boy, Zain Kapoor is being spotted in Mira’s and Ishaan Khatter’s Instagram story. In an interview, Shahid Kapoor spoke about Zain for the first time. He quoted, “Zain is a very disciplined baby, sleeps on time, gets up on time. Mira is a very sorted mom. So, no trouble this time.” He further said, “The first time we had Misha we were very paranoid parents, so a lot of sleepless nights happened. So I think we were a lot more settled this time. Honestly, this time I had no trouble. She [Mira] is very mature otherwise she wouldn’t have been able to deal with all that has happened in her life.”

Post the delivery, Mira was seen pretty much active on social media. She used to share her pregnancy days routine. She also shared the food cravings she had at that time. Mira, for the first time also came in front of the camera and flaunted her baby bump blissfully.

Her day to day updates on social media created a lot of excitement among the fans. Fans were so overwhelmed that they want Mira to go with the acting career. But in an interview, Mira told that she will begin her career after her second child.

Meanwhile, for now, Shahid Kapoor is busy with shooting schedules of Kabir Singh. The movie also features Kiara Advani. It is a Hindi remake of the Telugu Blockbuster Arjun Reddy. The movie is being directed by Sandeep Vanga who earlier directed the Telugu remake.