Republic Day Special: A Brief History And Significance Of the National Day 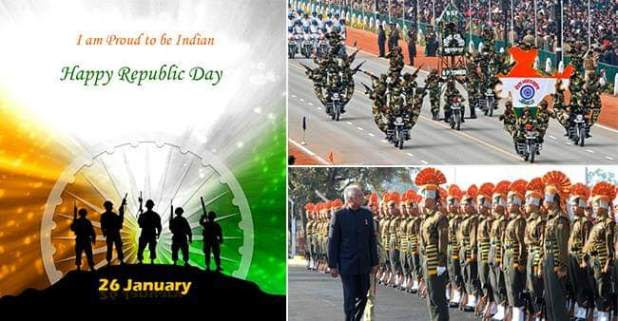 Republic Day is a very important day of the year for every citizen of India. The special occasion is celebrated annually on 26 January since 1950. Today, it’s 70th Republic Day and is a matter of pride for all the Indian citizens. India celebrates on 26 January to honor the day when the Constitution of India came into force.

“Long ago years we made a tryst with destiny, and now the time comes when we shall redeem our pledge, not wholly or in full measure, but very substantially. At the stroke of midnight hour, when the world sleeps, India will awake to life and freedom.”

The famous speech Pt. Jawaharlal Nehru about he tryst and destiny was delivery among the Indian Constituent Assembly. The President welcomed freedom on the eve of India’s independence. But with there was no democracy in India. India was still a monarchy under King George Vl as we still didn’t have the right to elect our readers and still didn’t have a constitution.

It then became important to have a Constitution, there the Committee drafted the constitution with Dr. B. R Ambedkar as a chairman. Post half a month, after gaining independence, the constitution of India came in effect on January 26 January 1950 which made India a democratic country. And to honor this special Day, we celebrate this day as Republic Day every year.

On the eve, India was declared a sovereign, socialist, secular and democratic republic. It assured the citizens with justice, equality and liberty.

Bhagat Singh said, “The sanctity of law can be maintained only so long as it is the expression of the will of the people.

Lal Bahadur Shastri once said, ” We believe in peace and peaceful development, not only for ourselves but for people all over the world.”

This was the quick history of why we celebrate Republic Day in India.