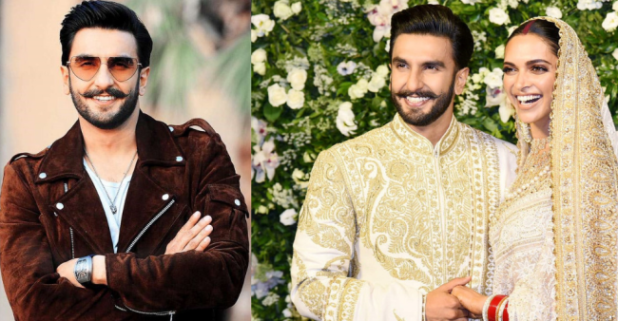 The year 2018 witnessed a number of high profile weddings out of which Ranveer Singh and Deepika Padukone’s marriage became a major topic of discussion. Though the couple married in a beautiful destination wedding in Italy, fans here couldn’t hold back their excitement to see Ranveer and Deepika all decked up in beautiful wedding attire.

A few pictures from Lake Como, Italy were leaked, however, the media failed to capture the couple in their lenses while they were performing their wedding rituals. It was Ranveer and Deepika’s decision to keep their special day away from the media.

And now, as the couple is enjoying their marital bliss, we often spot the newlyweds walking hand-in-hand at various occasions giving all of us major relationship goals.

When the couple was back in the country after their wedding, media was already waiting for them and there were thousands of fans gathered to catch the glimpse of the couple. It was almost as if a stampede had occurred and with a great struggle, the couple made their way to the car after greeting the fans and the media.

Ranveer shared this to a leading magazine and said, “It was… Too much. We worked hard not to feed this focus on personal lives. But it’s definitely much easier now that we’re married.”

Further talking about how he has changed since getting married, Singh stated, “I’ve become a family man, a proper homebody.”

On the work front, Ranveer was last seen in Simmba which was a blockbuster hit. He is currently busy in promotions of his upcoming flick Gully Boy which also stars Alia Bhatt in the lead role. Gully Boy is slated for a Valentine’s Day 2019 release, i.e. February 14, 2019.

Published by Harmisha Chauhan on 31 Jan 2019