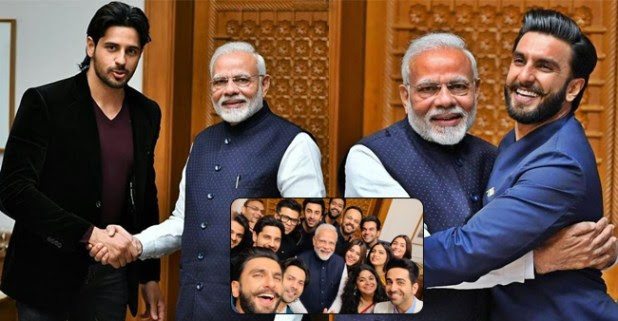 Karan Johar who was one of the delegations took to his social media and shared a selfie which went viral instantly along with a note, “Powerful and timely conversations can bring about change and this was one of what we hope will become a regular conversation. Meeting the Honorable Prime Minister @narendramodi today was an incredible opportunity. As a community, there is a huge interest to contribute to nation building. There is so much that we want to do. And can do and this dialogue was towards how and what ways we can do that. When the youngest country (in demography) joins hands with the largest movie industry in the world, we hope to be a force to reckon with. Together we would love to inspire and ignite positive changes to a transformative India. The film industry would also like to send a huge thanks for the GST reduction in movie ticket prices that was implemented recently! Thank you so much for your time, Sir!”

This meeting happened after the PM Modi met Bollywood producers and discussed a few issues faced by the industry that results in the reduction in GST on film tickets by the government.

“There is a meeting happening with PM today with people from the film industry, including actors,” sources close to the development told PTI earlier the last day. However, there is no information about what and why the meeting was held. The delegation was organized by filmmaker Karan Johar, the source added which is a mix of directors and actors.

Producer, Ekta Kapoor also thanked the PM and shared, “Thank you, the honorable prime minister, for an insightful mtng! A young delegation met this visionary leader to start conversations on how to merge education n entertainment! On my acc, I can say the aura n the vision has left me overwhelmed ! JAI HIND”