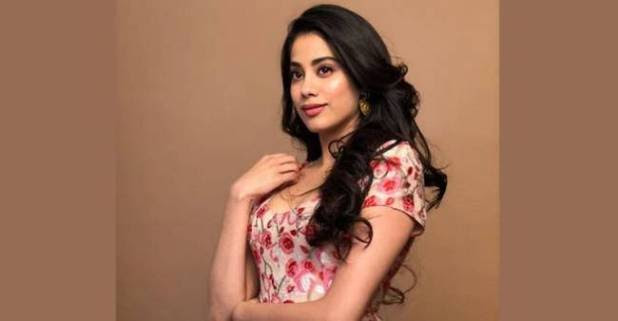 Last year was full of mixed emotions for Janhvi Kapoor and family. 2018 began with shocking news, where the legendary actress Sridevi Kapoor passed away. Further Janhvi Kapoor’s debutante movie Dhadak made a great entry on the box office. Due to the major up and downs in their family, the family came across a lot of interviews which made us know the family a little closer.

Janhvi has been making headlines for her stunning fashion sense and talent. Her Instagram stories and pictures also give us a sneak peek of her sister-life with Khushi Kapoor. On PeeCee’s social for a good event, Janhvi sported a dress which was stolen by her from her baby sister Khushi’s wardrobe. She shared a screenshot of their personal chat. Janhvi captioned, “When you steal your sister’s clothes hehehe.”

In a recent interview, Janhvi Kapoor stated that they have a family group where she gets approvals for her final dresses. She said, “We have a WhatsApp group called Dad’s kids which has me, Khushi, Anshula didi, Arjun bhaiya, and dad on it. And I send all my outfit pictures along with looks from different photoshoots on that group. In fact, most of my outfits need to be approved by dad, otherwise, I don’t feel confident wearing them.”

When she was asked about the dating scenario at her house, she said, “Dating has always been a situation at home. I don’t know why but it has always been. Mom and dad were very dramatic about it and would say,’When you like a guy, come and tell us, we will get you married.’ And I am like, What..We don’t have to get married to every guy we like. We can also be like chill. She was like chill. What does it even mean.? So they don’t understand the concept of chill.”

Further, in an interview with Bombay Times, father Boney Kapoor told that he would like to direct his daughter, Janhvi and son, Arjun someday in a movie. He stated, “Owing to my production job, as well as my personal liabilities, I could not direct films. However, the fire of direction has been ignited within me again. I feel, since I have actors Arjun and Janhvi at home, I would love to direct a film based on a brother-sister story. For a long time now, a tale of sibling love has not to be shown on celluloid. Therefore, I will be directing a talk based on a brother and sister. I plan to take the entire Kapoor family, including chacha Anil Kapoor and Sanjay Kapoor too, whose second stint has begun well and he is doing well on the professional front.”

Talking about Janhvi’s nature in real life, Boney Kapoor said, “She is a very warm, affectionate child with proper netiquettes. All those who have interacted with her tell me that. I am fortunate that people have to say such good things about all my four children- they say that they have been very well brought up. About advice that he would like to give his daughter, “Keep things simple. There is a lot of negativity in our profession. Different people have different agendas. Just do your work with honesty and sincerity, they will all start talking positively about you one day.”