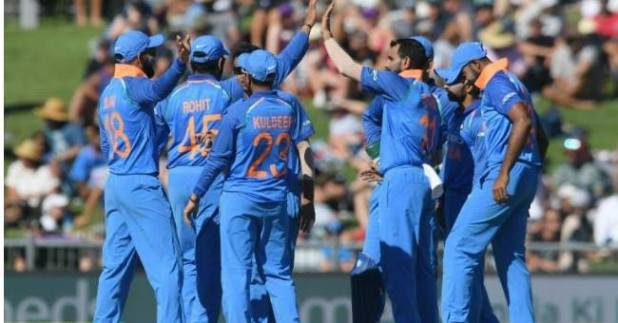 After winning over Aussies, Indian team is well versed with showcasing a great level of performance. And now against New Zealand, Indian cricketers are standing like a strong wall to chase for victory. Today on 26th January, the Indian team has played extremely well and put their best to win the 2nd ODI on Republic Day of India, the victory seems to be a great gift for the nation.

India at Bay Oval, Mount Maunganui stadium managed to score 324 runs just by losing 4 wickets, whereas New Zealand on the other side cleaned down on 234 losing all their wickets in just 40.2 overs and made India to win by 90 runs. Rohit Sharma turns out to be the Player of the match. Indian has taken lead in the match with 2 back to back victory in a total of 5 ODI’s.

Another brilliant performance by the Men in Blue. #TeamIndia wrap the second ODI, win by 90 runs. 2-0

Kuldeep Yadav left the Kiwis back to the pavilion by taking 4 wickets.

Picks up his 4th wicket of the game. New Zealand 166/8 https://t.co/Wqno8X4OHs #NZvIND pic.twitter.com/oJbfHCiaeb

Indian Captain Kohli said, “Clinical performance again. We had a par score as Rohit mentioned with the kind of pitch and boundary dimensions here. But we bowled really well and back-to-back clinical performances are really pleasing. I made a conscious effort after the second drinks break to take some risks. Once I got out, the new batsman had to take time. These are the things we need to look into with the World Cup nearby. We would like to score those 15-20 runs extra but at the same time, good to see us chip our way to a balanced total. They are always ready to bowl for you and pick wickets, which is key. They are not content to go wicketless for 40 runs in their quota, they’d rather have more wickets for 60. That mindset is crucial for us and as is Rohit and Shikhar at the top.”

The BCCI wishes you all a very Happy Republic Day #RepublicDay2019 pic.twitter.com/VXeH7EMr9R

We couldn’t have a better gift than this victory on Republic Day.