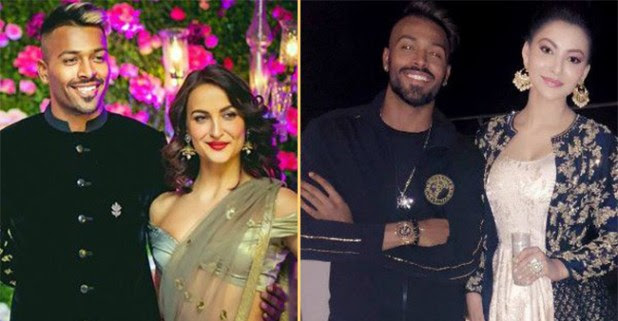 The love affair between cricket and Bollywood stars in an old age story. Hardik Pandya, one of the most known Indian cricketer is also an all-rounder talent. Heba different person on the field and off the field. His style gives us major upcoming goals which keep us updated. His hairstyle, hair color, and love linkups have been in limelight several times.

The major reason behind this that the Indian cricketer has been spotted with the leading ladies from the Bollywood industry. He has been connected to a lot of link up rumors. As far as now, we are here with the 6 leading ladies from the Bollywood, he is being lined up. Recently there was also news that he is dating Esha Gupta. Check out the details:

For a short run, Hardik Pandya dated a Kolkata-based model and even made his relationship public. The two made public appearances together and Lisha called Hardik her boo. Later, Hardik made it clear by writing a post on Instagram which stated, “Just wanted to clear Once for all, I have been single and focusing on my game for a long time! Again and again, this rumor or the picture comes out! It doesn’t justify the hard work we do! I would really appreciate ending this rumor! And let’s end it for all. Thank you, Love all, Hardik”

Yes, Hardik was also linked up with Bollywood celebrity Parineeti Chopra. The news came in limelight when Parineeti posted a really good picture of a bicycle and captioned, “The perfect trip with the most amazing partner? Love is in the air”. Looking on to the post, Hardik replied, “Can I guess? I think this is a second Bollywood & Cricket link. :p Great click by the way.” Later, they cleared that they are not dating.

Shibani’s congratulatory message started to state that there’s something that is cooking between both of them. Hardik replied and said thank you, to which Shubani replied with, “Muahh, beast mode”. These rumors soon went down as nothing was seen between them.

Hardik’s relationship with Elli Avram was one of the most talked relationships. There were rumors that they started dating and had even accompanied each other for the ad shoots.

Hardik was next linked up with the Hate Story 4 actress Urvashi Rautela. It was reported that Urvashi was talking with both the Pandya Brothers but soon went ahead with Hardik Pandya.

Rumora went ahead that love blossomed between Esha and Hardik, shortly after the cricketer parted ways with Elli Avram. They met at a party and kept the news a secret.

Currently, Hardik is under the scanner after his remarks on women on Karan Johar’s Koffee With Karan 6.