Gurdas Maan Birthday Special: Unfolding some not known chapters of this Punjabi singer 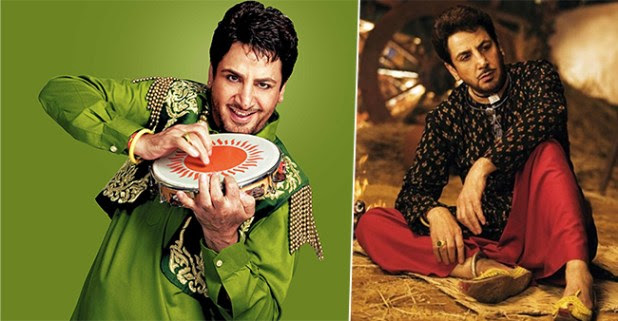 Gurdas Maan, the all-rounder singer is ready to ring his 62 birthday and we are willing to wish him all warmth and blessings on his special day.

Let’s unfold the chapters of his life shortly…

1. Gurdas was Born in a Sikh Jatt family on 4th January 1957, in Giddarbaha in Punjab. In the beginning, he started his career as an employee of the Punjab State Electricity Board.

2. On his personal front, the man is married to Manjeet Maan and has a son, Gurickk G Maan who has taken his education from Yadavindra Public School and Mayo College.

3. He was widely recognized in 1980 for his song, ‘Dil Da Mamla Hai’ and since then has been one of the prominent characters in the Punjabi music industry.

4. Gurdas is not just a singer but accommodated with other qualities of songwriting, choreographing, and acting. In his achievement, Maan has recorded over 34 albums and wrote around 305 songs, till now.

5. Well, he is the only Punjabi singer who is the national award winner for Best Male Playback Singer at the 54th National Film Awards. He can sing in multiple languages Punjabi, Hindi, Bengali, Tamil, and Rajasthani.

6. The talented star with his Punjabi style has won several hearts of the people, but he is famous for his role in ‘Waris Shah-Ishq Da Waaris’, based on the Punjabi poet Waris Shah during the creation Heer Ranjha, for which he won the national award.

8. The man has suffered two major accidents and in one of his mishap, he lost his driver who asked him to buckle up few minutes just before the incident.

9. Later, he wrote and performed a song “Baithi sade naal savari utter gayi” dedicated to his driver. He shared a good bond with his driver.

10. He is an enthusiastic fan of Football, in an interview he revealed to the Express that he is a supporter of Manchester United football club.