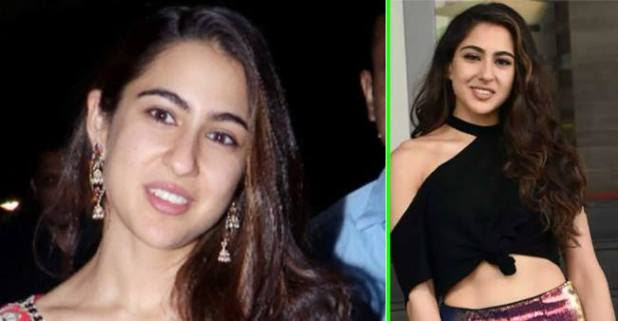 Sara Ali Khan, the 23 years actress is the talk of the town after her two back to back hit movies Kedarnath(debut) and Simmba. The actress is applauded by everyone, be it her movie or her interviews, audience thoroughly enjoys her company. She has recently joined Instagram and since then been sharing most of her moments on the same platform.

Recently the actress has confessed her deep secrets about Instagram and shared it publically which has again grabbed our headlines.

Sara said, she is very eager and fond of stars and her candid assertion is all we need to listen. The Kedarnath actress follows Ranveer Singh, Varun Dhawan, and even Janhvi Kapoor. Sara also said that she like Janhvi’s Instagram page and there are no conflicts between the two emerging actress of B-town. She even follows Kartik Aryan on Instagram which is the point of attention as the actress has confessed him as her crush on national television.

On the work front, it is speculated that Sara and Kartik will share the screen on the sequel of Love Aaj Kal. The Director Imtiaz had told PTI for casting Sara in the film as the leading lady, he said, “I can’t reveal now since we haven’t announced anything. We are trying to work it out. There’s nothing confirmed now but we are working towards a film. But can’t say anything now.”
He further added, “As a story idea, it has been with me for a very long time. I’ve been discussing it. In fact, I find there are reflections in the interviews where I’ve said things like that. I’ve been saying that and feeling that perhaps not even as a story but one day I realized there is a story. But I’ve written it like recently.”