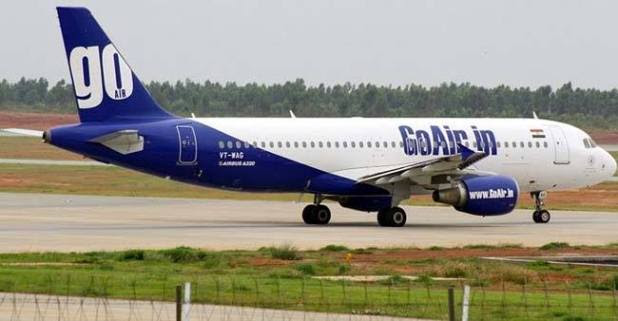 As per the 2017 survey, the GoAir landed 5th on the list of India’s largest airline. But seems like the low-cost international carrier is in trouble as one customer filed a case against the airline service.

In 2015 one Mumbaikar Jayesh Pandya booked a total of 25 tickets on the GoAir airlines, he booked the tickets for all the guests and relatives arriving from Ahmedabad to Mumbai for his daughter’s wedding and paid a whopping amount of Rs 50,000. But on a surprising note, all the tickets were canceled by the GoAir airlines without giving a valid reason for the cancellation.

After the sudden cancellation, he had to go for another airlines service which cost him around Rs. 40 thousand more than GoAir with a total of Rs. 88,816.

After a while, Pandya approached to the airlines for the refund of his canceled flight tickets but it all went waste, so at the end, he eventually filed an RTI query with the Directorate General of Civil Aviation and the case went on hearing which was undertaken by the consumer forum.

He told the incident to the forum, “I had made the wedding pooja arrangements based on the flight timings. In January 2015, I contacted the airlines to submit the passengers’ names. They, then, informed me the flight was canceled. They offered no reasons.”

On the other hand, the airline, in their support said that they informed Pandya about the cancellation of the tickets via mail, but the Airline firm does not have any official prove supporting their statement.

Well, reservation and cancellation have always landed commoners in trouble, but with the enhancement in technology, all these issues are being speculated with great concern.