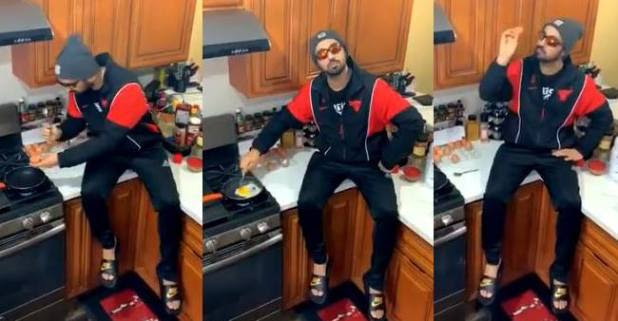 It is well known that how big fan Diljit Dosanjh is of Kylie Jenner and now he takes it to another level with his craziness and wit. Diljit is all over in love with Kylie and often left comments on her Instagram’s pictures. For those who don’t know, Diljit is a popular Punjabi singer and actor who has also done a few Bollywood films including Udta Punjab, Phillauri and recently released Soorma which gathered many applauds by critics as well as fans.

Well, now Diljit has done something really adorable gesture and went on to win the hearts of his fans and left every go LOL.

This picture has set the social media restless and got funny sort of reactions but TV star Kylie seems unaffected by the same and posted another funny response to it.

Have a look at it:

Meanwhile, Diljit seems furious by it and broke the egg and made burji out of it. Sharing the video, he wrote, “ey Ho Geya Kam Jaan..🥚

He told nowKylie post whatever you want, don’t worry!

Dosanjh told that he wrote, popular song ‘Do You Know’. How sweet!

Well, Kylie, Diljit got your back!