Delhites Are Helping Stray Dogs In Chilling Winters By Donating Sweaters, Blankets And Even Beds 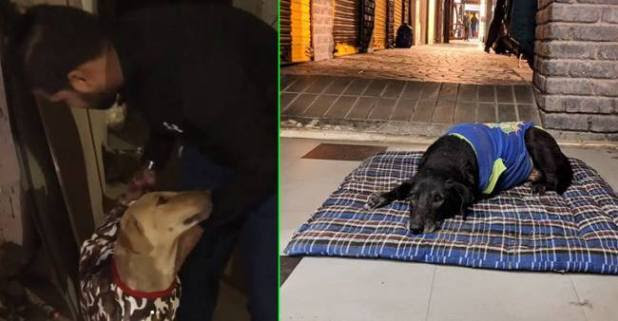 We all have a spot of humanity in our hearts and at least at some point in our life, we have done something good for someone. Agree?

Right in the middle of December, the temperature in the country reached its lowest, especially in the Northern parts of India. People covered them with the cozy winter clothes to save themselves from the colder days and longer, chillier nights. But animals in this condition really can’t do something about it.

Also, these sweaters or blankets are not the usable items by humans as Speaking to The Times of India, Niyati, who works with HAS, shares, “Some of my friends and I are getting together on the weekends to cut and sew old sweaters, and then turn them into dog sweaters. We will be making around 25 of these in different sizes and will put it on dogs at the shelter.”

Kaveri Rana, president of the NGO ‘People for Animals’, said, “Earlier, we used to put jackets and sweaters on stray dogs across the city but realized that it becomes a nuisance for them as they get entangled in barbed wire, or get stuck in car bumpers under which they may sleep. There have been a number of accidents because of sweaters, so now we only put them on abandoned dogs who are living with me or around me, whom I meet every day and take care of.”

Delhites are doing the deets from the past few years to help these stray dogs. People are sharing the pictures of dogs wearing the sweater whenever they saw one. Have a look at some of the pictures, shared on Twitter.

Stray dogs getting something back in Delhi winters #khushike100din pic.twitter.com/4nvWzeOkLQ

Someone put a sweater on this homeless dog in New Delhi :’) pic.twitter.com/4fD2MkH6GQ

Noticed a lot of the stray dogs like this one in Delhi were wearing sweaters, saw one wearing a shawl #India pic.twitter.com/PtjRUR5G