Deepika Defend’s Padmaavat’s Jauhar Scene, Says She Did Not Endorse It In Any Way 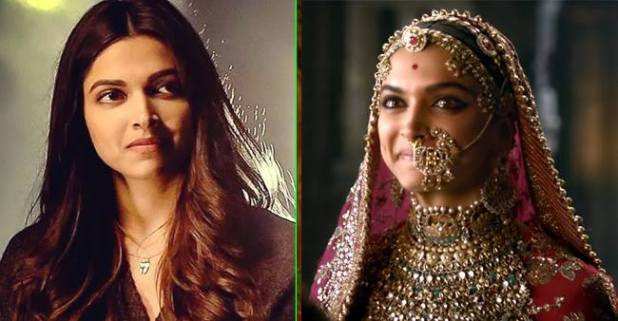 Even before and after the release, Sanjay Leela Bhansali’s Padmaavat made imprompt headlines for many reasons which features Ranveer Singh, Deepika Padukone and Shahid Kapoor in pivotal roles. This film shows the story of Rani Padmavati who commits Jauhar after her husband gets defeated by Mughal emperor Allahuddin Khilji. After hitting the theatres worldwide, the film got criticized for glorifying the Jauhar Scene, self-immolation. Deepika along with Ranveer and Shahid faced a lot during the release period of before and after.

Deepika played the fiery role of Rani Padmavati and even called the best actress for portraying the role so gracefully despite all the criticism. When the 32-years-actress was asked if all the flak she and the film have got made her re-think about doing the Jauhar, she retorted, “No. We are telling a story. It’s not as if I’m taking to the streets and telling them to commit jauhar. Obviously, I did not endorse it. But for the character, that happened, fortunately, or unfortunately. Should have it looked more gruesome or authentic, that is a debate we can have. I can’t question that, it was the filmmaker’s vision. Otherwise, it doesn’t make sense to question that scene.”

Well, no more questions arise after the film crossed Rs 300 crore at the box office and is said to be one of the biggest blockbusters of 2018.

Meanwhile, Deepika got married to Ranveer Singh in Lake Como, Italy on 14-15th November and it was one classic wedding of B’town.

Recently, Deepika in an interview to a magazine revealed the first time she thought about marrying Ranveer. She revealed, “I thought of marrying him [Ranveer] after Padmaavat. We knew it was going to happen, it was just a matter of time. When the film released, it just felt correct. He was of course ready but had already committed to a few projects. He wasn’t sure if he’d be able to take out the time. But he made it work”.