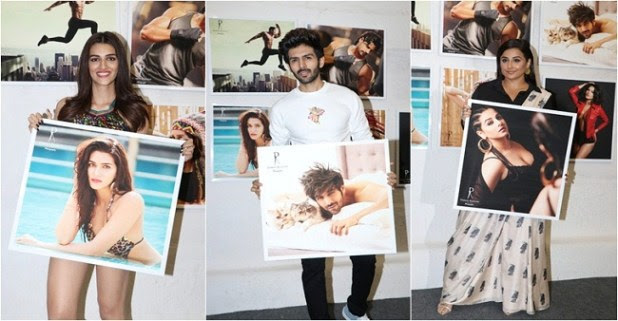 Daboo Ratnani and his calendar photoshoot are something that just enlightens our new years beginning.  The Indian Fashion photographer has grabbed many snaps in his high tech cameras and made us drool over his captured pictures. And again this year his recent calendars are all set to behold your eyes.

Earlier this night, India’s renowned photographer has launched the 2019 calendar with a huge presence of B-town stars at the event. Personalities like Amitabh Bachchan, Vidya Balan and Rekha marked their presence.

In 2019 photoshoot, Janhvi Kapoor and Kartik Aaryan have made their debut in the calendar of 2019 edition, while it also had Aishwarya Rai Bachchan, the actress has always been the choice of ace photographer.

Take a look at the jaw-dropping photos of the stars:

The photographer has also shared a teaser of the same calendar along with the best of the best Bollywood stars like Amitabh Bachchan, Aishwarya, Shah Rukh, Kartik, Kriti, Jacqueline, Sunny, and Janhvi. The video has already been a buzz around the internet while it’s launching event has raised the anticipation level a bit higher among the netizens. Daboo’s annual calendar has been one of the most awaited and notable showbiz events ever since he launched his first publication in 1999.

These pictures are worth watching and shows the real talent of photography.