Birthday Special: Started On The Sets Of Main Hoon Na, Farah Khan’s Love Story Is Not Filmy But Is All Love 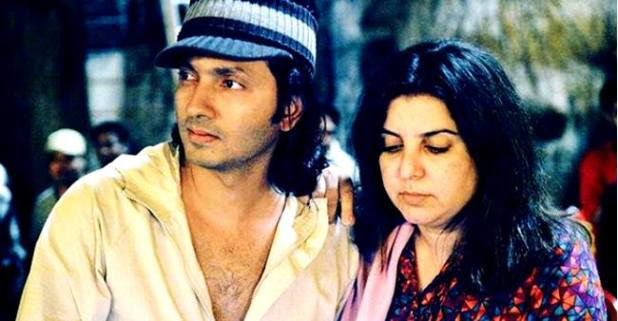 Today, director Farah Khan turns a year old who gave us iconic movies like Main Hoon Na, Om Shanti Om. The entire film industry got surprised when Farah decided to exchange the wedding vows with Shirish Kunder where nobody had any idea about the duo’s dating. Belonging to different religions, many didn’t approve their relationship but the couple went on tie the knot as per three traditions. In Hindu marriage, Farah’s dear friend SRK and his Gauri Khan did the Kanyadaan. Farah and Shirish got married in 2004 and are blessed with triplets and are blissfully married proving their mettle ‘love only matters’.

Shirish is the editor of Main Hoon Naa, a debut directorial by Farah Khan. On the sets of this film, Shirish confessed his love for Farah and this is the only reason why he agreed to edit the film at much lower pay.

Farah was unmindful of Shirish’s sentiments and even he didn’t state much since he saw no expectation. Farah created comparative emotions a lot later. She was progressively busy with her film and had no time for love. Sooner she understood that Shirish is a savvy man and this is the thing that pulled in her towards him.

In the end, Shirish got drunk and told Farah about his feelings. Farah got carried away with the moment and soon they started dating each other.

However, things weren’t sorted yet as Shirish wants a stable relationship with her if she sees any future to it. In short, he doesn’t want to fool around and ended up alone. That’s’ when Shirish bluntly asked Farah to think it through the proposal of marriage and then say yes.

So, Farah finally thought about it and said “yes” to Shirish. And Gauri Khan was the first person to know about the lovebirds. At the success party of Main Hoon Na at Mannat, Farah introduced Shirish to everybody.

The first wedding was court marriage followed by a South Indian wedding and then there was third, Nikah.

In 2008, the couple welcomed their triplets and named them Diva, Any, and Czar. And their first production house together was named after these 3 kids, Three’s Company.

On sharing equal responsibilities of the kids, Farah shared, “I don’t do it all alone. I can’t do it all alone if Shirish is not there… (he’s) so hands on. You can’t go out and have a career and go for shoots and just leave the children. So you have to have a spouse who is also hands-on.”