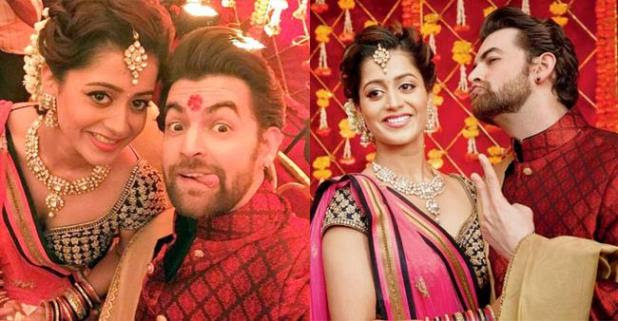 Bollywood handsome hunks left everyone surprised with their arranged marriages and after Shahid Kapoor tied the knot with Mira Rajput in an arranged marriage, another star joined him in the list of this setup marriage.

Their parents bought them together to meet and that’s how the couple took it on a further level. Talking about there is nothing shocking in his wedlock with Sahay and said, “There’s nothing shocking about it. Sometimes we overlook things, which our parents don’t and it’s coming together of two families. And when you look into detailing, it makes more sense. It’s a strong foundation.”

Neil and Rukmini tied the nuptial knot in a big fat destination wedding in Udaipur on 9 February 2017 and when he announced the same on the social media people gave a mixed reaction to this news. The Players actor said, “People would often come up to me surprised, ‘Neil you are having an arranged marriage!’ Initially, I got defensive but now I just laugh it off.”

For the actor, choosing a life partner has got nothing to do with what his fans expect from him. He further added, “I love the idea of fans thinking about their actors to have a fairytale life, which is beautiful. But somewhere for me, I have made sure that I draw a line between my personal and professional life.”

Earlier, he had said, “She was slightly concerned initially about the whole ‘actor thing’, but when she met me, she was very comfortable. Right now she is meeting my friends and family. It will take her time to get used to the industry we belong to. I am sure that they (industry people) will make her feel extremely welcomed and warm. Whoever has met her has loved her and she has liked them too. It’s like meeting new friends and bonding with them.”

The couple recently welcomed a baby girl in the family and named her Nurvi.

Here we wish him a very happy birthday!