Birthday Special: Kapil Dev, the all rounder who during his captaincy triumphed Cricket World Cup in 1983 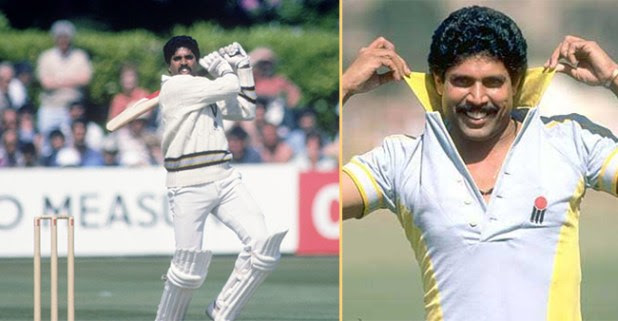 Indian Cricket Team without the contribution of legendary player Kapil Dev Ram Lal Nikhanj aka Kapil Dev would be nothing. The Indian all-rounder made several records during his reign. The former cricketer is ringing bells of his 60th birthday. And on that note, we are bringing some rarely known facts of the legendary player’s life.

2. He had studied in Punjab after the partition, the young Dev was sent to D.A.V. school, while in 1971, he joined Desh Prem Azad. He is married to Romi Bhatia in 1980 and the twosome have a beautiful daughter Amiya Dev who was born on 16th January 1996.

3. He started playing for Haryana, which was quite impressive. Dev at the young age of 6, took six wickets and Punjab was all out at just 63 runs. It was a great season of 30 matches as he ended with 121 wickets.

4. He had his ODI Cricket debut in the earlier tour of Pakistan where he the magic of his talent didn’t work and he played an ordinary performance.

5. His Test match debut was in Pakistan, Faisalabad in the year 1978, the cricketer maintained a steady performance throughout the series.

The right arm pace bowler, who turned out to be an all-rounder for the country is nicknamed as ‘The Haryana Hurricane’. He played the final ODI against West Indies on 17th October then retired from the ODI cricket in 1994. Bollywood director Kabir Khan is willing to make a biopic on Kapil Dev. It will be great for us to see his journey through a film.