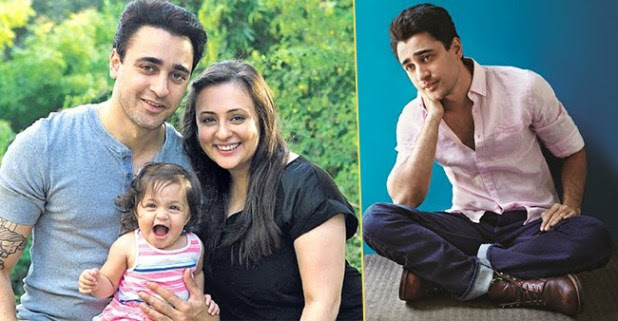 Bollywood actor Imran Khan made his entry into the Cinema world with the successful and blockbuster hit movie ‘Jaane Tu Jaane Na’ opposite to Genelia D’ Souza. Relatively, he is the nephew of Aamir Khan but his acting in the debut movie made him a star, although his career in the acting line was not that bright after his first movie, his love life is worth sharing with you all.

In a very romantic way, he asked Avantika for marriage, the Bollywood actor proposed his lady love in Bollywood style inspired by Shah Rukh and other Bollywood stars. He surprisingly went inside her house and decorated the entire room and went on his knees to propose Avantika.

After the beautiful proposal, the actor on 10th of January 2011, at the age of 28 married to Avantika in an intimated registered marriage at Avantika’s Pali Hills, in Mumbai and post their registered marriage on January 10, 2011, the twosome hosted a bash at the Taj Land’s End Hotel in Mumbai.

Avantika, the lady love of his life, in an interview spoke her heart out for her husband Imran and said, “He’s fantastic. He’s the best person to live with because he is able to be with you and be supportive and also gives you tremendous space. He really looks after me, I have to give him that. I am an ordinary girl in love with a boy who happens to be a movie star. I just feel like I fell in love with this boy 10 years ago. He was 19-20 then, and though he’s grown tremendously in many ways, his core being is still the same. I give Imran a lot of credit because he hasn’t changed in any way. Except that he’s more confident as he knows what he’s achieved.”

In the year 2014, the happy family was blessed with a baby girl Imara and finally, their family was complete with the entry of a new member.