Birthday Special: From falling in love to separation and now being good friends, Kalki-Anurag’s relationship is beautiful 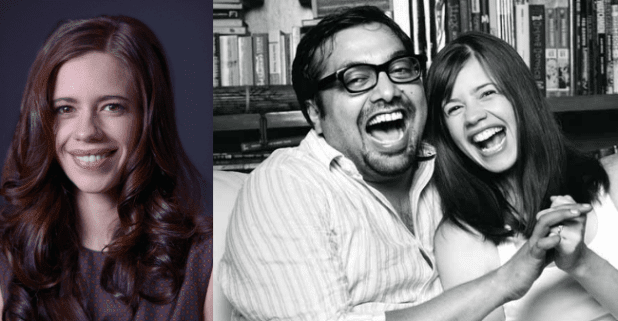 Director Anurag Kashyap and actress Kalki Koechlin were once fond of each other, but their separation was a big shock for the entire nation. There love story was one of which break my stereotypes and after parting ways we all were curious to know what was the actual reason behind their separation. Kalki turned 35 this birthday and her personal front is worth noticing topic to share with you.

On May 2015, Anurag and Kalki came out of the courthouse and this was the time which surprised all their fans but when the actress spoke her heart out about her divorce with Anurag in an interview, we finally got our answer.

According to the reports of a source, Kalki has been quoted in an interview saying, “I wasn’t sure where my relationship with Anurag was going. All of it was unclear. Now, we are pretty sure that we are not going to be together.”

Another friend who’s known Anurag for several years insists that the filmmaker shouldn’t have tied the knot in the first place. “He isn’t made for marriage. The divorce is painful to both but they’ve made a pact to be there for each other. In a way, it’s the sweetest divorce you’ll ever know.”

While Kalki in an interview with a daily spilled the beans about her personal front, “I am in a good space. Last year was a little bit more of a struggle, as I didn’t know where I was going. I wasn’t sure where my relationship with Anurag was going. All of it was unclear. Now, we are pretty clear that we are not going to be together. We have already applied for divorce and will get it soon.”

In the year 2014, Anurag was dating someone and he confirmedly said, “Yes, I am dating someone. I’m in a really happy phase right now and Of course, and Kalki was the first person I confided in. She is happy that I am happy.”

It was a heavy-hearted confession for the fans to hear this news.