Birthday Special: Beautiful Love Story Of Irrfan And Sutapa Sikdar Will Give U Relationship Goals 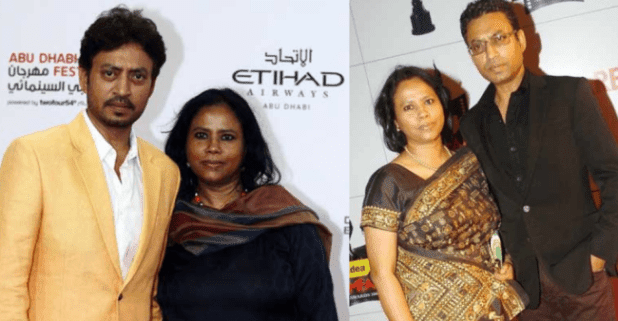 Irrfan Khan, one of the most talented actors of Bollywood and Hollywood and has given some mind-blowing performances in his long career span, turns a year older today. Well, on this special occasion, we won’t talk about his professional life as it is pretty commonly known by his fans. Today, let’s dig into his personal life which has always been away from the media and very less talked topics in the media.

Irrfan’s professional life has been at a peak with his mind-blowing performances which can’t make us stop gushing about him. However, his personal life is one such thing which people hardly notice.

As we all know, Irrfan is happily married to the love of his life and they are leading a blissful life since then.

So today, let’s unfold the beautiful love story of Irrfan and his ladylove Sutapa.

It all started when Irrfan was preparing to earn his degree in Masters and was invited to audition for National School of Drama (NSD), New Delhi. He then left for the audition. During one of the practice sessions, he saw Sutapa Sikdar for the first time. Irrfan introduced himself and with things working in his favor, they started bonding.  As they shared many similarities in various things, by the end of the term, love blossomed between the two.

However, they both wanted to concentrate on their career and achieve something, the couple put their plan of marriage on hold for a while. By 1995, both Irrfan and Sutapa had achieved pretty much in their respective fields and then decided to take their relationship to the next level. In February 1995, the couple had a simple court marriage and since then they are happily married.

Irrfan and Sutapa have worked together in many projects and both have tried to bring out their best from each other. It is his wife’s discipline which encourages Irrfan to improve himself every time. Irrfan once said, “We studied in the same film school and my wife has a better understanding of many things than me, including performances. She has a lot of creative energy which translated beautifully into the films and their stories.”

The couple is blessed with two sons whom they named Babil and Ayaan. Sutap during one of her interviews said that Irrfan is not like other fathers. He understands his sons deeply and connects with them.

Published by Harmisha Chauhan on 05 Jan 2019