B’day Special: Was An AD at An Age Of 17, Won A National Award For Directorial Debut, Farhan Is Pretty Talented 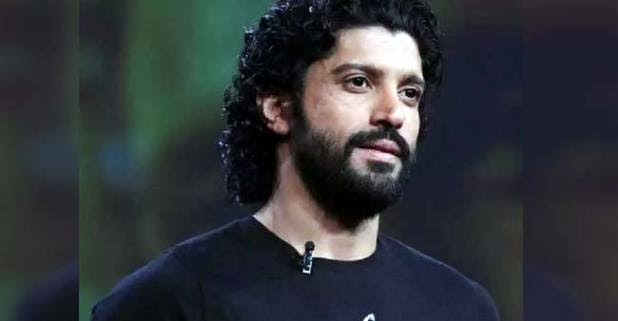 Farhan Akhtar, the rockstar turns 45 this year, is a multitalented persona in the Bollywood world. Being a director or actor, he does unconventional things which are totally out of the box. The Rock On star is someone who brings positive vibes when he is around somebody. We totally admire this man for his contribution to Bollywood which is still continuing and will further do.

So let’s get to know him more personally. Here are some unknown facts about this actor-director-singer which you are not aware of.

1. Farhan Akhtar was born to Javed Akhtar and Honey Irani, both his parents were professionally screenwriters and thus screenwriting is well refined and grasped by the actor.

3. Farhan worked in Lamhe as an assistant director, but ‘Dil Chahta Hai’ is considered to be his debut directorial movie which got appreciation from the audience and critics too. The film went on to win the National Award also.

4. Not just in Bollywood, the actor has contributed to Hollywood as well. Making his Hollywood debut by giving lyrics to the soundtrack of  Bride and Prejudice, Farhan has shown his talent to both the worlds of entertainment.

5. After a long wait, he made his acting career with his debut movie Rock On in 2008, for this movie he won the second national award. This was also his singing debut movie.

6. On the personal front, the actor was married to Adhuna Bhabhani in 2000 and the couple is blessed with 2 daughters but after a long married life of 16 years, the two parted ways in 2016. Currently, Farhan is currently dating Shibani Dandekar, a renowned model.

7. On the professional front, Farhan will be seen in Shonali Bose’s next directorial movie ‘The Sky Is Pink’ opposite to Priyanka Chopra and Zaira Wasim.

Here’s wishing Farhan Akhtar a very happy birthday and a great year ahead!