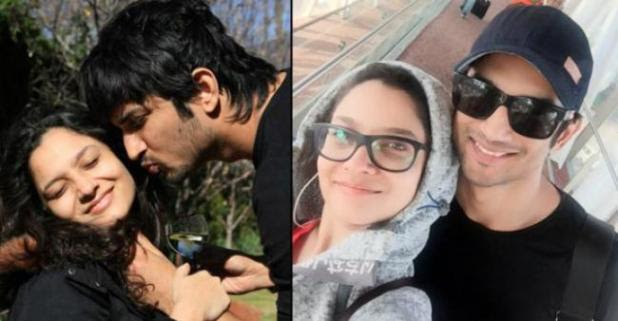 Ankita Lokhande, the actor recently turned 34 and is all set to mark her existence in the B-town with her debut movie Manikarnika: The Queen of Jhansi. Ankita played the leading role of Archana in the daily soap Pavitra Rishta. In the same show, Sushant Singh Rajput, the lead star Manav who was also Ankita’s ex-beau made his B-town entry in 2013 and afterward they both parted ways, but still, they share an amicable bond and are on speaking terms.

After the separation, both of them were seen ignoring each other in front of the media but recently in an interview, Ankita was asked a question on working with Sushant and sharing the same screen and see what Ankita responded to this question.

“As an actor, I have no choice. If the script is good I will definitely work with him”, the 34-year-old actress said.

After speaking on the personal front, the actress expounds the difference of working experience between the small and big screen, “The only thing that has changed for me is the camera. Everything else is the same. Hard work toh shayad TV par zyaada tha. We used to shoot daily with no time limits. I have worked for 128 hours (a week) continuously for TV. Here in the movies, it’s a 12-hour shift, you get time to prepare, “Ankita said.

Earlier, when Ankita posted her first look as Jhalkaribai from her upcoming movie, Manikarnika, Sushant left a comment and wrote, “It looks absolutely great Ankita. I’m extremely happy to see this. May God bless with lots of success and happiness.”

And Ankita on that note, Ankita replied him back through a comment and said, “Thank you Sushant and I wish you the same.”

We would love to see Sushant and Ankita sharing the big screen together someday.