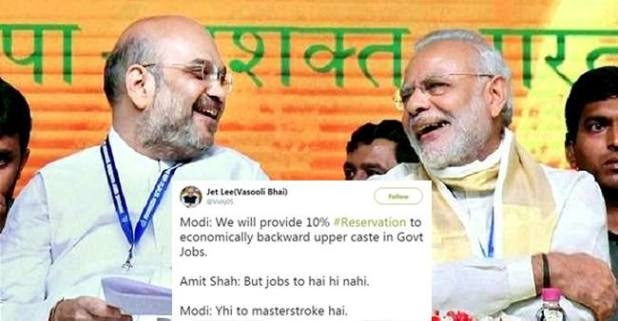 The government of India should bring a constitutional amendment that will allow the 10 per cent reservation to the general category in government jobs and education for economically. The amendment will come into action before the next Parliamentary elections.

Modi Govt will move a constitutional amendment tomorrow to push for 10% extra reservation for economically deprived sections among general categories. This move is at the core of RSS worldview which says reservation should be along economic lines and not only along caste lines.

As per the media reports, the cabinet has passed a quota in direct recruitment and for admission in higher educational institutions. The decision is pending for the view that the reservation should be based on economic lines and not just based on caste.

Interestingly, when BJP lost to Congress in the recent elections in three major heartland states, they came up with this big move. 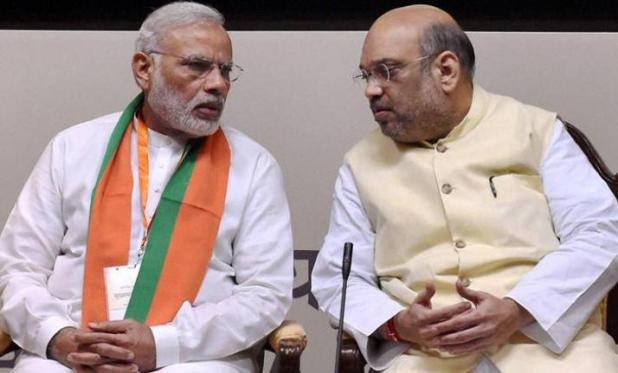 However, as per guidelines of Apex court, the reservation should not be more than 50 % so they are planning an amendment in the constitution.

All of this process is going to be done for the general population who do not have reservations as a large part of upper caste and middle-class voters were seen to be upset with the ruling BJP over quotas that are only for Scheduled Caste and Tribes and Other Backward Castes (SC/STs and OBCs).

Meanwhile, there are three objectives which made the bill difficult to pass and they are below:

If govt wants to amend Article 15 & 16, it requires constitutional amendment passed with 2/3rd majority and also assent of the states. This is unlikely to happen

If the govt breaches the 50 percent ceiling set by SC, it will be struck down by SC

Here’s how netizens reacted to the same:

Modi: We will provide 10% #Reservation to economically backward upper caste in Govt Jobs.

Government finally realises that Generals are also a part of this country.#Reservation pic.twitter.com/3aR6kFPGu1

Let’s see what Janaudhari Rahul has to say about #Reservation of weaker section of Upper caste.

It’s about time we get out of institutional discrimination against weaker sections of society just cuz some section are votebank. pic.twitter.com/BgsXptMeYh

Everyone after hearing the #Reservation news… pic.twitter.com/iS366Sz7Cn

I belong to a Dalit Community & all my life i have been fighting to unify hindus & only way to achieve this is by Destroying the caste system.

The reservation based on economic condition is the best way to achieve the goal of Hindu unity.

What’s your take on the same, do tell us in the comment section?