A List of Bollywood celebrities who participated in reality shows 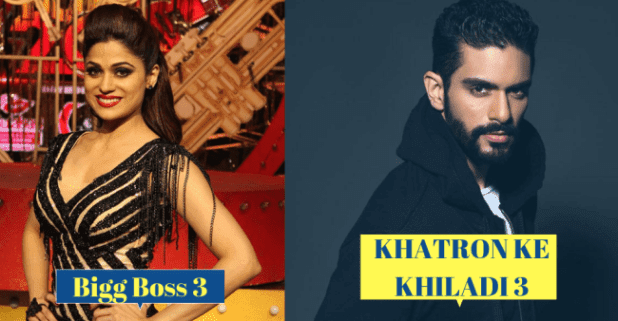 Reality shows in small screen and Bollywood have a great bond, though working on the big screen is different in many ways but there is a list of stars who tried their hands on small screen reality shows. From Shamity Shetty to Manisha Lamba to Angad Bedi, all have been a part of various reality shows.

Bachna Ai Haseeno actress, whose Bollywood career was not that good tried her luck in the reality show Bigg Boss, in season 8. These days neither she is invisible in the film line nor odes Bigg Boss helped in elevating her a career.

Tanisha Mukherjee and her filmy career was not that bright her participation in the seventh installment of Bogg Boss shows instantly made her famous. Her bonding with Armaan Kohli was into the limelight and her performance in the show was quite appreciating as she managed to gain the publicity.

Raaz actor Dino Morea participated in the Khatron Ke Khiladi season 3, at that season the host of the show was Priyanka Chopra.

The actor had a great career life, after the small screen charming Dr. role, Karan participated in the third season of Khatron Ke Khiladi and since then his career has totally changed.

Shamita Shetty, the actress has merely done movies and only a few went hit on screen. She participated in the ninth season of  Khatron Ke Khiladi which was hosted by director Rohit Shetty. She also tried in the dance reality show Jhalak Dikhh Laa Ja.

Angad appeared on the third season of Khatron Ke Khiladi to show his manpower and after that has worked on few films. No doubt, it was an uplift in his career.

It shows that the main motive of participants is to be the highlight of the show and for many, these shows have been a great fortune in rising their career.