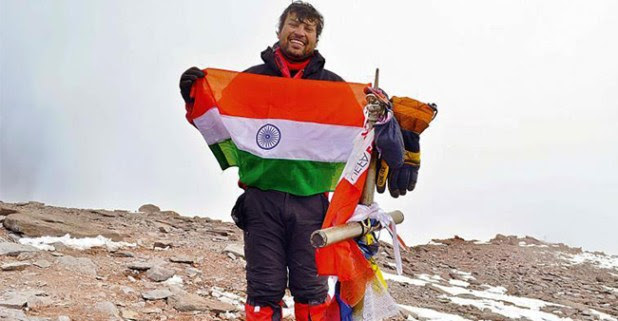 Mountaineer Satyarup Siddhanta, 35 years old Bengali techie become the youngest man in the world who climb the seven highest peaks and volcanic summits across all continents, as per the reports of News18.

Speaking to News18, Satyarup’s mother Gayatri said, “It’s a proud moment for the entire country. I had a word with him before the mission and asked him not to take too much of risk.”

Siddhanta climbed these peaks between 2012 and 2019. He is the only Indian to scale “Seven Summits and Seven Volcanic Summits”.

“I played the national anthem on the summit,” Siddhanta told journalists over a satellite phone after returning to camp. “It’s very cold and overcast here. I suspect I have sustained frostbite on my fingers.”

Thank you @favreleuba #Bivouac9000 for being my #weatherbox and #time keeper on my #expedition to Mt #Wilhelm and Mt #Giluwe … The #highest #mountain and the highest #volcano of #PapuaNewGuinea. #favreleuba #mountaineering #travel#oceania #firstindianascent #7volcanicsummits pic.twitter.com/xAdzyFDssO

“After a night halt at the camp, Siddhanta will start for the base camp that is at about 2,100 meters. From there, he will take a special flight for the camp in Union Glacier,” said Dipanjan Das, Siddhanta’s close friend who coordinates his logistics during such trips. “It took him 10 hours to reach the peak from the base camp,” Das said.

He is a software engineer hailing from Bengaluru. He made records like conquering several other summits like Mt. Kilimanjaro in Africa, Mt. Elbrus in Europe, Mt. Denali in Alaska and Mt. Monc Blanc in France. He was once an asthmatic child who didn’t even cover 100 m without inhaling his puff. Defeating asthma, he made the country proud with his big dream.

“Our anxiety will not go till he safely comes back. There is danger in every step. Descending is considered no safer than ascending,” said Siddhanta’s mother, Gayatri, who is waiting for his return to Kolkata, expected on January 26.