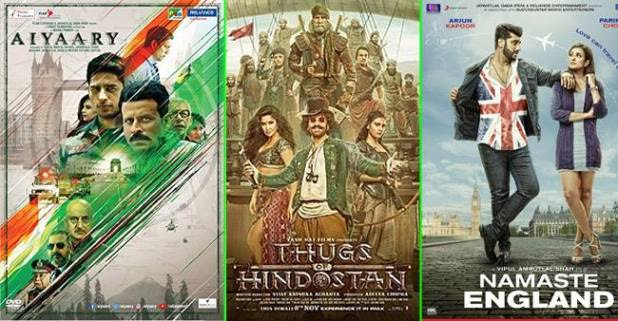 The year is coming to its end, and we had many amazing things in our list that we have done in 2018, amidst all blockbuster hit movies have entertained us enough. Be it Stree or Badhaai Ho, these films have won the awards and hearts of people. And it’s true when the film is having an impactful story, it does not require to put a huge amount of money, and these made in small budget movies have been the best examples of investment with huge profit.

But in the similar we 2018 is not comprised with all hit movie, in the list, we have some hilarious flop movies that surprisingly spoiled our desire, and Thugs of Hindustan stands at the topmost position in the list of flop movies of the year.

One of the biggest budget movie with the leading stars including Aamir Khan, Amitabh Bachchan, Katrina Kaif, Fatima Sana, TOH is the biggest flop of the year. The movie made in 300 crores(approx) had just earned 150 crores (approx).

Directed by Neeraj Pandey, and produced in a budget of 60 crores the film with a cast like Sidharth Malhotra and Manoj Bajpayee and yet the film tanked at the Box-Office and managed to earn 18.22 crores only, rating it a flop movie is justifiable.

The thought of the sequel did not go well and the film stumbled down on the Box-Office. The Ishaqzaade co-stars failed in bringing the chemistry like before. Made in the budget of around 75 crores, the movie earned only 8 crores at the Box-Office.

The movie has no aim and reason for its existence in the B-town. Made in the budget of 35 crores(approx), earned poorly 2.38 crores in the remuneration point of view.

The film was only loved by the audience in Netflix and earned only 1.46 crores in return, while the amount chipped in for the film was 25 crores.

Stay tuned with us…