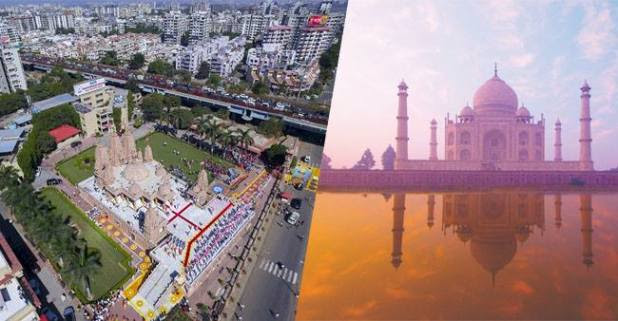 The top 10 cities of India becomes the fastest growing cities in the world and now the country is set to dominate over the next two decades from 2019 to 2035, according to Oxford Economics. In this list, Surat, the city of Gujrat holds the first position.

Richard Holt, Oxford’s head of global cities research, wrote in the reports, “Surat, a diamond processing and trading center in the western state of Gujarat, will see the fastest expansion through 2035, averaging more than 9 percent. All of the 10 fastest over that period will be in India.”

All other 9 cities are hailing from our country in the list of fastest growing cities. 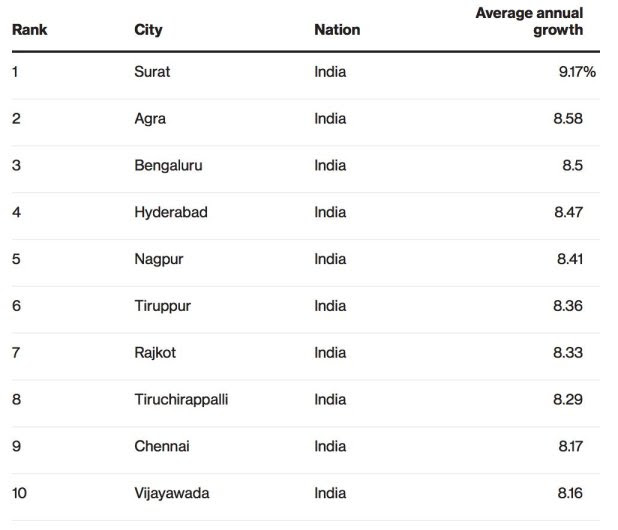 While economic production in many of those Indian cities will remain rather small in comparison to the world’s biggest metropolises, aggregated gross domestic product of all Asian cities will exceed that of all North American and European urban centers combined in 2027. By the year 2035, it will be 17 percent higher, with the largest contribution coming from Chinese cities, as said by Bloomberg site.

A few changes will happen at the top of the list of the world’s biggest cities between now and 2035.

Cities like New York, Tokyo, Los Angeles, and London will guard their positions as Shanghai and Beijing, each boasting more than 20 million people, left behind Paris and Chicago. Guangzhou and Shenzhen in Southern China will also make their ways to the top 10 list removing Hong Kong.

The fastest-growing city of African is the Tanzanian port of Dar es Salaam, while the top position in Europe is held tight by the Armenian capital of Yerevan, according to the report. San Jose — a proxy for Silicon Valley — will be the best performer in North America.