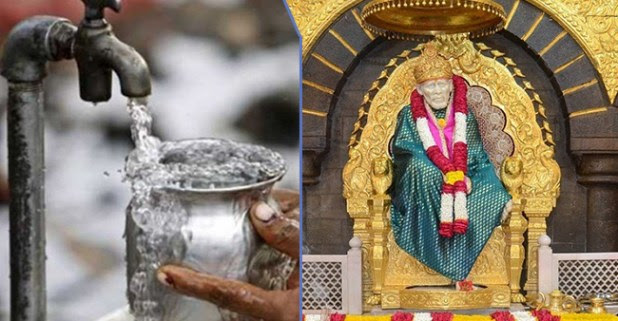 The Shirdi Saibaba Temple Trust has given Rs 500 crore loan to the Maharashtra government without any interest on it. It has been provided to resume and complete the Nilwande irrigation project which will meet the drinking water needs of most tehsil in Ahmednagar district of the state.

Suresh Haware, the chairperson of the trust who is also a BJP leader approved the loan sanction and it’s been witnessed for the very first time that a trust has given such big loan without any interest and no time period to repay it.

Meeting held on 1st February 2018 lead by CM Fadnavis, the loan sanction was approved and it was ordered that the funds will go in two installments on Saturday. A senior official told TOI, “The Saibaba Temple Trust and the Godavari-Marathwada Irrigation Development Corporation have signed a Memorandum of Understanding for the purpose. It will be a special case in the history of the temple trust.”

The official retorted that the project was pending for a long time which needs Rs. 1200 crore and the trust has given Rs. 500 Crore loan. The department of the water resources had made provision of Rs 300 crore in the current and the proposal for Rs 400 crore has been made for the next year’s budget.

“We expect to complete the work of the left and right bank canal in two years,” he said.

Every day, about 70,000 devotees visit the famous Shirdi Saibaba Temple in Ahmednagar and now the numbers have crossed 3.5 lakh devotees a day. The Maharashtra region is facing an acute water shortage and after the loan sanction things will sort out for the locals there.

“We have proposed to meet the demand of all tehsils in Ahmednagar district. Akole, Sangamner, Rahuri, Kopargaon, and Shirdi are among the villages which will benefit once the project is complete,” the official said.

The official said that the trust had released Rs 71 crore for four government-run medical colleges. “This time, an exception has been made in the form of an interest-free loan, for a public cause,” the official said.