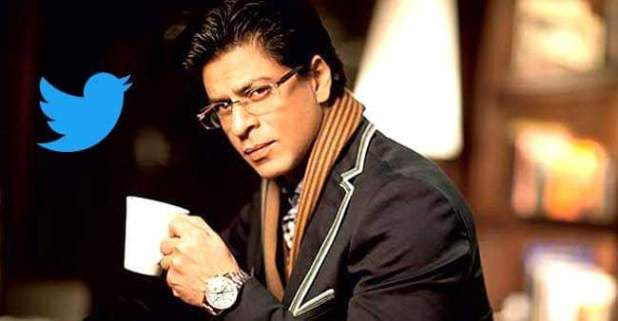 Shah Rukh Khan is the Baadshah of Bollywood from a very long time. His films have been blockbusters at the box office and his popularity is growing leaps and bounds with each passing year. The king of the Bollywood Cinema is one of the stars who is trending on the internet and social networking sites. Interestingly, among all the Bollywood Celebs his Twitter account was the only most talked profile this year.

Recently, the annual list has been released and Shah Rukh Khan has been raked 7th on the top 10 most talked about Indian accounts on Twitter. Among all the first position was bagged by Narendra Modi followed by Rahul Gandhi, Amit Shah, Yogi Adityanath and Arvind Kejriwal taking further rankings. Pawan Kalyan is ranked on No. 6 which was further followed by Shah Rukh Khan, Thalapathy Vijay on number 8 and Mahesh Babu on 9th position.

The reason behind SRK being on No. 7 is that the star somehow manages to share his consistent updates on work and family. This makes him leave all the star behind in the Twitter race. The pictures of his family members including his wife Gauri Khan, daughter Suhana Khan and son AbRam always creates a lot of buzz. Their pictures go viral and break the internet.

For now, the actor is busy in promoting his movie Zero and surely he is updating with every detail on his Twitter handle which created a lot of curiosity with each passing day.

Meanwhile, his upcoming movie Zero has already created a massive buzz among the audience. Along with Shah Ruk the film star Anushka Sharma and Katrina Kaif in the lead roles. The movie is directed by Anand L Rai and produced by Red Chillies Entertainment. It is set to hit the screens on 21st December.