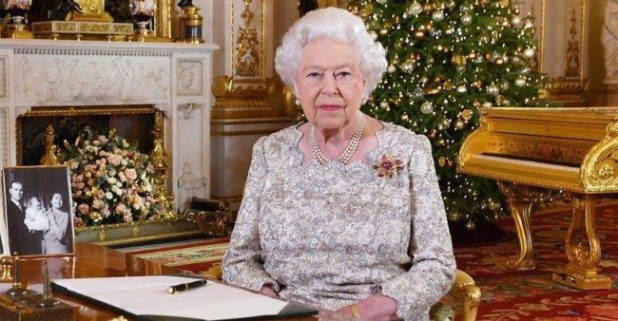 Like every year, Queen Elizabeth went live with her 66th Christmas broadcast message, as the British Monarch. The queen had a seat in the royal White Drawing Room at Buckingham Palace to broadcast her Christmas message. There was a giant gold piano which kept us eyeing on it. The sumptuous piano along with a large fireplace and unique showpieces glimpses of the regalness that the regals have embedded in themselves.

The queen expressed, “Even with the most deeply held differences, treating the other person with respect and as a fellow human being is always a good first step towards greater understanding.”

“Even the power of faith which frequently inspires great generosity and self-sacrifice can fall victim to tribalism. But through the many changes, I have seen over the years: faith, family, and friendship have been not only a constant for me but a source of personal comfort and reassurance,” she added.

Some people took the Queen’s majesty, totally acceptable. But few came up to slam the royalty with their Tweets.

One of the reasons that I despise the Royal Family.. yearly speech harping on about pulling together blah blah. This coming from a billionaire sat in front of a gold piano #QueensMessage

Dear subjects. Look at all the gold shit I have. My table is glazed with the tears of the poor.#QueensMessage #QueensSpeech pic.twitter.com/CY9y50qXcG

Well, we can’t go inside the mind of such people and change them, while anyways might is right, and the Queen truly personifies royalty in every sort of way.

“The Queen was extremely accomplished with the teleprompter and read the message brilliantly,” told Richard Webber, who was in charge of production.

In her first address, Queen Elizabeth made a step toward liberty and openness. “I very much hope that this new medium will make my Christmas message more personal and direct,” she added.

“It is inevitable that I should seem a rather remote figure to many of you,” further she added. “A successor to the Kings and Queens of history; someone whose face may be familiar in newspapers and films but who never really touches your personal lives. But now at least for a few minutes, I welcome you to the peace of my own home.”