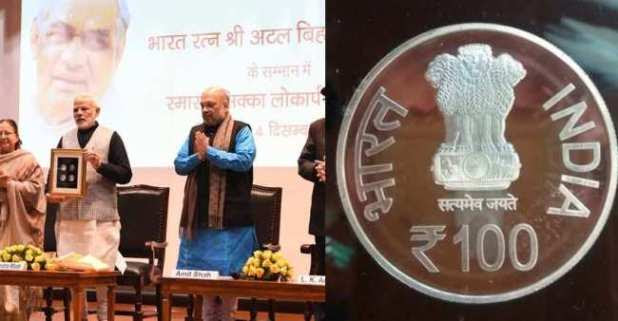 Yesterday morning, 24th December, Prime Minister Narendra Modi released a commemorative coin of Rs 100 in honor of former prime minister Atal Bihari Vajpayee. The honorable personality left the world this year in the month of August after a prolonged illness. The coin was released a day before Vajpayee’s 94th birth anniversary.

During the event, PM Modi said, “The mind is not ready to believe that Atal Ji is no longer with us. He was a stalwart loved and respected across all sections of society.”

Modi Ji further said, “As a speaker, he was unparalleled. He is among the best orators our nation has produced.”

“The party which Atalji built has become among the largest political parties. Generations of Karyakartas were fortunate to be mentored by him.” 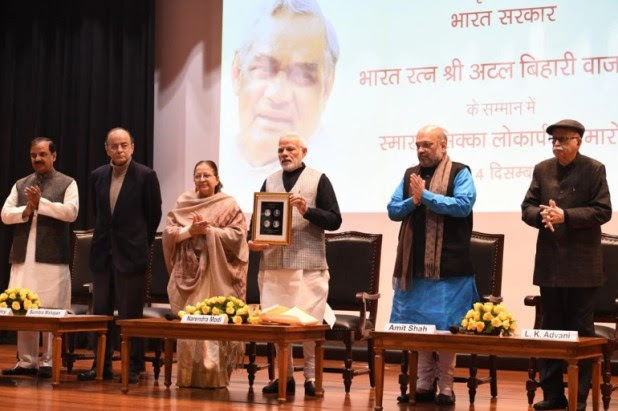 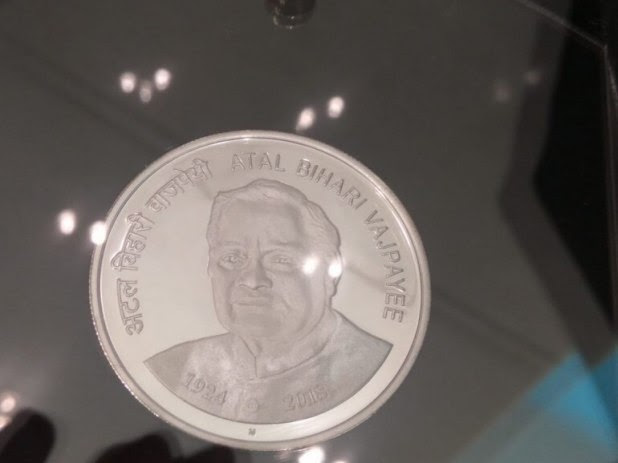 The other side of the coin is featuring a portrait of Atal Bihari Vajpayee Ji and his name inscribed in both Devanagari and Roman. The years 1924 and 2018 are inscribed below Vajpayee’s portrait to mark the year of his birth and the year he passed away respectively.

PM Modi was all praises for Vajpayee ji and said, “For some people, power is oxygen… they can’t live without it. A long part of Atal Ji’s career was spent in the opposition benches but he spoke about national interest and never compromised on the ideology of the party.” 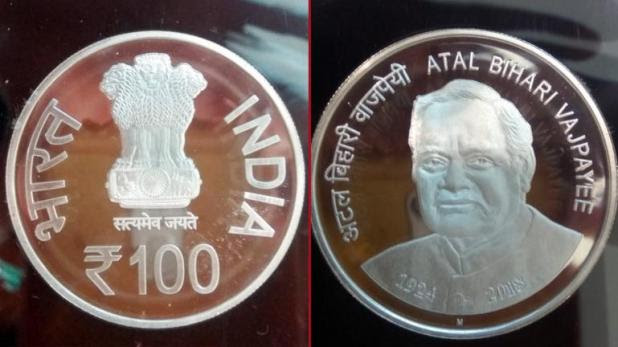 Modi Ji also said, “He built the Jana Sangh but when the time came to rescue our democracy he and others went to Janata Party. Likewise, when the choice was between remaining in power or comprising on ideology, he left Janata Party and formed the BJP.”

Published by Harmisha Chauhan on 24 Dec 2018