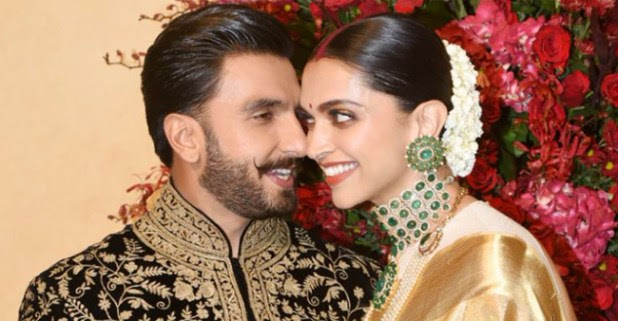 The most-loved couple DeepVeer has been trending on the Internet. The couple recently tied the knot on November 14 and 15 at Lake Como in Italy. After being together for six years, the couple finally made it official this year. Both of them fell in love on the sets of Goliyon Ki Rasleela Ram Leela. The couple always managed to get the limelight by uploading pictures on Instagram or by making public appearances together. Their gesture of holding hands in the public confirmed that the couple is in romance.

Earlier in 2018, there were rumors that the couple is going to get engaged in Sri Lanka. Post their marriage there are many details that have come out in media including their first meeting. Deepika also told to an entertainment portal that the duo got engaged four years ago.

When she was asked about when she thought Ranveer was special, she said,”I was at Yash Raj and he was there and he was flirting like it’s nobody’s business and he was dating somebody else at this point and I was smiling to myself and told him, You are flirting with me.”

She also told that they used to go to restaurants frequently when they were dating. But the special moments were at Ram Leela director Sanjay Leela Bhansali’s House.

She said, “Sir called us over for lunch and we were eating and apparently there was a piece of crab stuck in my tooth and he wanted to make me awkward and he said, oh there’s a crab stuck in your mouth and I said, Then take it out. That moment all three of us won’t forget.”

The couple has been very much open about their relationship and their social media PDA was something that made us all amazed. Recently, when Deepika made an official statement about the new title of the film Chhapaak where she is essaying the role of Laxmi Agarwal, Ranveer was all in joy. He commented on the picture and said, “Proud of you baby!”

The couple tied the knots recently at Villa Del Balbianello in Italy in both Konkani and Sindhi style. Post their wedding the couple hosted three receptions which were held in Bengaluru and Mumbai. And now both of them are busy with their upcoming movies. Ranveer is busy with promoting his upcoming release Simmba.