Happy Birthday Raju Shrivastava: Journey of One Of The Most Iconic Actor-Comedian in the Industry 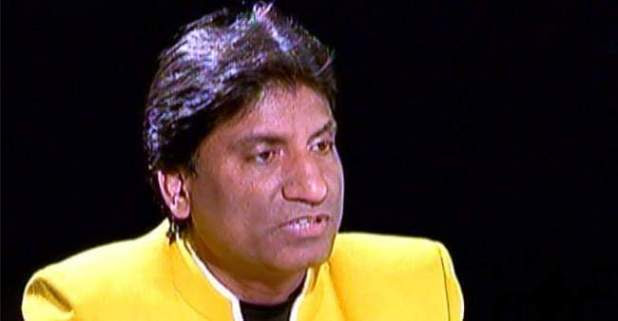 The famous actor-comedian, Raju Shrivastava was born on 25th December in 1963 in Kanpur. And today he is turning 55 years old. His father was a poet. Raju earned a lot of popularity through his comedy acts. Since his childhood he wanted to become a comedian. He has performed a lot of stage shows in India as well as abroad.

Raju Shrivastava started his journey by doing small roles in Bollywood movies. He essayed roles in movies like Maine Pyar Kiya, Baazigar and Bombay to Goa. He also worked as an actor-comedian with Bollywood movie Aamdani Atthani Kharcha Rupaiyaa. He also participated in the talent show The Great Indian Laughter Challenge and became the first runner-up at the end. Later in The Great Indian Laughter Challenge – Champions he won the title of The King of Comedy.

Later in 2003, he also participated in the famous reality show Bigg Boss – 3 where he managed to survive for 2 months.
With a turning point in 2013, Raju participated in Nach Baliye 6 with his wife. The show was aired on Star Plus and the couple earned a lot of appreciation. Not only this he was also seen on Comedy Nights with Kapil.

On a political note, in 2014 he got the ticket for the Lok Sabha election. But he returned it as he was not getting enough support from the local units of the party. Later he joined Bhartiya Janta Party. PM Narendra Modi, nominated to be a part of Swachh Bharat Abhiyan. He was also seen promoting a lot of cleanliness events in various cities. During the abhiyan, he has made various music videos and shot Tv commercials with a social message for Swacha Bharat Abhiyan.

Along with this, he has done several movies and TV series which helped him to mark his presence in this industry. According to some recent reports it is also suggested that Netflix is in talks with Raju for a comedy series.