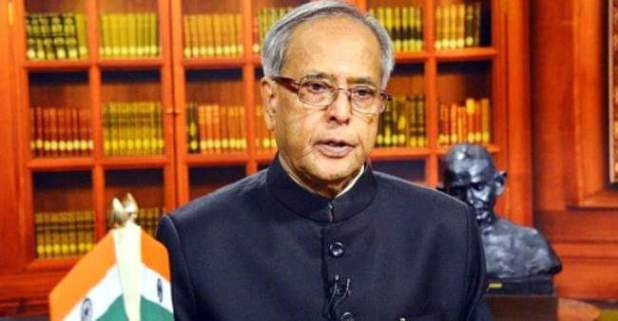 Pranab Mukherjee, the former President of India, is turning 83 today. He is an Indian politician who served as the 13th President of India from 2012 until 2017. Before he became the President, he was the Union Finance Minister from 2009 to 2012. He was the Congress party’s top troubleshooter with a lot of followers.

Pranab completed his graduation and then pursued his Masters in Political Science and History and L.L.B from the University of Calcutta. Before his political career, he was an upper-division clerk in the office of Deputy Accountant-General in Calcutta. Later in 1963, he became a lecturer of Political Science at Vidyanagar College and also worked as a journalist with Desher Dak.

With a lot of twist and turns in his career, there are a lot of facts you need to know about the former President, Pranab Mukherjee. Some of them are…

1. Kamada Kinkar Mukherjee, father of Pranav Mukherjee was active in the Indian independence movement and was a member of West Bengal Legislative Council between 1952 and 1964 as a representative of the Indian National Congress.

2. He got his first major break in his political career when Indira Gandhi helped him get elected to the Rajya Sabha on a Congress ticket.

3. From 1975-77, when Internal Emergency was going on, Pranab was accused of committing gross excesses.

4. In 1982 in a number of ministerial capacities, he reaches his first opportunity as Finance Minister.

5. In 2004, the United Progressive Alliance (UPA) came into power. Mukherjee won a Lok Sabha seat for the first time and till 2012 he bagged many key cabinet profiles such as- Defence, External Affairs and Finance.

6. In July 2012, after he secures the UPA’s nomination for the country’s presidency. He won the electoral college vote by 70 percent.

7. His terms got expired on July 25, 2017. Then he decided to not run for re-election and to retire from politics after leaving the presidency as he had health complications.

8. Apart from these Pranab Mukherjee was the recipient of The Best Administrator in India award in 2011.

We wish our honorable President a very Happy Birthday!!