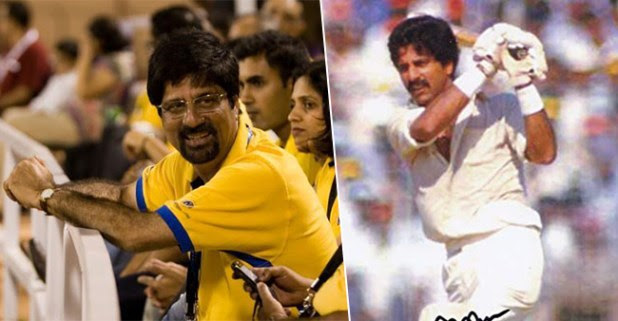 Krishnamachari Srikkanth is turning 59 years old today. He was the former Indian captain and a fantabulous opener in the 1980s. The opening batsman was one of the first ever to show such an impressive performance on the field. In 1983 he top-scored in India’s World Cup winning Campaign. Not only this he was the chairman of selectors when India won the World Cup in 2011. He has played 43 Tests and 146 One-Day Internationals for India.

Here are some of the interesting facts you should know about Srikkanth:

1. In 1969, Krishnamachari was selected to play for India under-19s against Pakistan under-19s. And later in 1984, he was picked for Young India on the tour to Zimbabwe where he played with Ravi Shastri, Navjot Singh Sidhu, Lalchand Rajput, Mohammad Azharuddin, Raju Kulkarni, Laxman Sivaramakrishnan, Manoj Prabhakar, and Sadanand Vishwanath.

2. This fact will make you surprise as due to some numerological reasons he changed his name from Shrikant to Srikkanth. In fact when he started his own website which sold tutorials for Rs 990 as he believed that 9 number is lucky for him.

3. He was the captain of the Indian team on their tour to Pakistan in 1989. It was the time when Sachin Tendulkar took his first steps in international cricket. He captained India in both the Tests and the ODIs.

5. He launched a website called Career Trokes in 2010 where lectures on corporate affairs were provided to the youth.

6. He is an Electrical Engineer by qualification. He completed his studies at the College of Engineering in Guindy.

7. He was the member of Kapil Dev’s 1983 World Cup winning year. He was the mn who headed the selection panel that chose the champion team. He was an incredible batsman of his time.

Wish You A Very Happy Birthday To Krishnamachari Srikkanth!