For The Very Time, Deepika Padukone Gushed About Her Hubby, Ranveer Singh 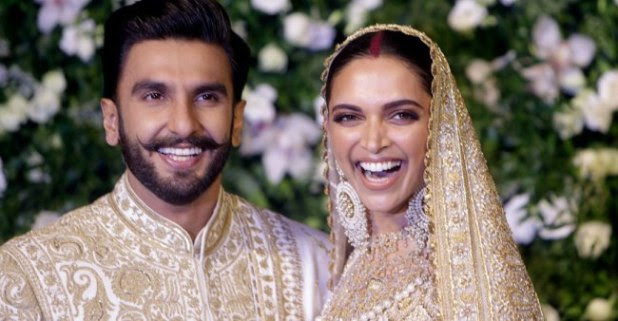 Falling in love is easy but keeping it that way is tough as it needs efforts for a lifetime from both the partners. Here we are talking about Ranveer Singh and Deepika Padukone who kept their relationship under the wraps for almost 6 years and with each other admiration and respect, the couple walked into wedlock. In an industry like Bollywood where relationships don’t last long but this couple is indeed a major goal for love, relationship, and every other thing we adore about them.

Deepika and Ranveer sailed through all ups and downs in their relationship and tied the nuptial knot in a destination wedding in Italy with a few close friends and family in attendance. Their wedding is one classic affair of B’town which remained in headlines almost a month and still going on.

Post the wedding ceremonies and hosting three receptions, the couple is back to their normal lives in Mumbai. Ranveer Singh is gearing up for Simmba and busy promoting the movie whose trailer recently got released while Deepika Padukone is prepping for Meghna Gulzar’s next which she will be producing and also acting at the same time. This will be the first project, produced by DP.

Yesterday, GQ magazine revealed their latest cover with the Padmavati actress and the story published with it made us gush about them yet again.

For the very first time, Mrs. Singh talked about her hubby Ranveer and gave us a closer look at how their equation is and love blossomed between the lovebirds.

She further adds, “With Ranveer and me, our relationship rests on the fact that we’re extremely liberal with each other, extremely supportive of each other’s professional careers and know each other’s personal needs. I think when we started dating six years ago, professionally, we were both in very different places. My career took off slightly before his, but throughout our relationship, right from 2013 – even when I was shooting for [Goliyon Ki Rasleela] Ram-Leela and Chennai Express – nothing has changed.”

When the actress was asked to comment on how her life would change after the wedding, Deepika explained it beautifully and said, “I’ve been running a home since I was 18, so I don’t think much is going to change in that sense. But of course, we’ll go through all the changes that happen when two people start living together.” She also said that a live-in relationship was not an option for her, “I was clear right from the start that I didn’t want to have a live-in relationship to figure out if I wanted to marry someone or not. Now [I’m expecting] everything that comes with being a newly-wed: sharing space, you know, or the bills, whatever it takes for two people to live a life together.”

She also gave the insights about her bachelorette party and said, “The bachelors crashed my bachelorette! Eventually, it became one big party with all our friends. We were in Orlando for a week and the aim was to get on the scariest roller coasters, to feel that rush of adrenaline like you’re flying. We went on the Hollywood Rip Ride Rockit [at Universal Studios], which Ellen DeGeneres posted about a while back. And the VR Avatar rides [at Disney’s Animal Kingdom], for which we had to stand in line for two-and-a-half to three hours, were phenomenal.”

Well, we wish this couple, a blissful life forever!