First Salaries of Popular Indian Television Celebrities Will Amaze You 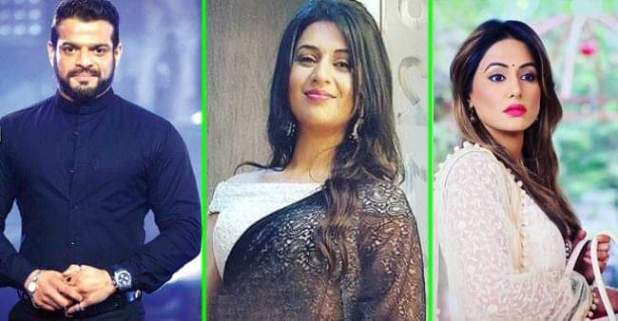 When we work for the first time and get our salaries for the same, is the most precious moment in our lives. We all know that our favorite celebs who have been popular once started at a time when nobody knew them. Today, you all will be excited to know how these TV celebs earned their first income and how much the amount really was. Let’s check out the amount of their first salary:

Karan Patel started his career by doing an advertisement for Bank of Allahabad. He earned an amount of Rs. 600 as his first pay cheque.

Right now, she is one of the gorgeous actresses in the celebrity list. She is popularly known as Ishimaa for her role in Yeh Hai Mohabbatein which is aired on Star Plus. Divyanka earned Rs. 250 as her first income when she anchored a small program on AIR.

Hina Khan is known as a fashionista of the industry. She made her debut by the show named Yeh Rishta Kya Kehlata Hai which is aired on Star Plus. She got Rs. 45,000 as her first salary by doing the show.

Rashmi Soni earned her first income by doing a photo shoot for a hair oil brand. She earned Rs. 1000 for the same.

Ravi Dubey got famous for his amazing acting skills in Zee Tv’s popular show Jamai Raja. But before that, he started his career by doing an advertisement for which he earned Rs. 20,000.

Vivian Dsena is counted among one of the talented actors. He did a fashion show and earned Rs 3400 as his first pay.

During her post-graduation, Ridhi Dogra did an internship in a corporate firm and earned Rs. 1000 as her first pay.

Ssharad Malhotra did an advertisement for Reliance in Vishakhapatnam. He earned Rs. 2500 for the same.

Pooja Gor earned her first income by applying mehndi to someone. She went with her aunt for a Mehendi ceremony where she too applied Mehendi to someone and earned Rs. 500 as a reward.

When Asha was in college in Dehradun, she worked at a BPO for extra earnings. She earned Rs. 3500 per month and that was her first income.