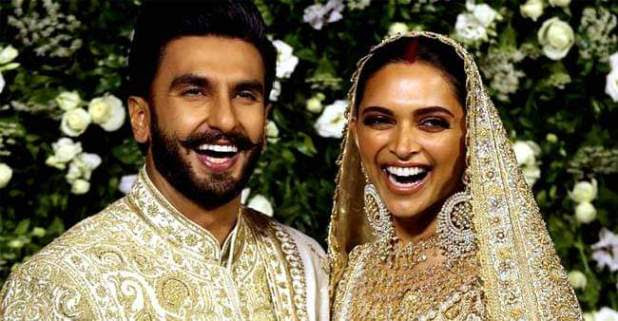 Ranveer Singh and Deepika Padukone are enjoying their togetherness after their wedding. They are the most talked couple of the town post their wedding. The couple after their reception parties has been seen attending events together. And we all know that the couple never leaves a chance to grab the attention of the audience and the industry. DeepVeer finally tied the knot after dating for six long months. They got hitched on November 14th and 15th at Lake Como in Italy. After being together for six years, the couple finally made it official this year. Both of them fell in love on the sets of Goliyon Ki Rasleela Ram Leela.

There was a lot of buzz in the industry after their official announcement of marriage. Earlier Ranveer had also revealed that within six months of dating, he knew that Deepika was the one for him.

In an interview, Deepika recently said that the when was the time when she first thought about marrying Ranveer. She told, “I thought of marrying him [Ranveer] after Padmaavat. We knew it was going to happen, it was just a matter of time. When the film released, it just felt correct. He was of course ready but had already committed to a few projects. He wasn’t sure if he’d be able to take out the time. But he made it work.”

Their gesture of holding hands in the public confirmed that the couple is romance post their wedding at the Villa Del Balbianello in Italy in both Konkani and Sindhi style. Post their wedding the couple hosted three in Bengaluru and Mumbai. And now both of them are busy with their upcoming movies. Ranveer Bengaluru with a lot of projects and success of his latest release Simmba.