By watching Pujara’s play, Sehwag recollects his Adelaide memory in this unmissable video 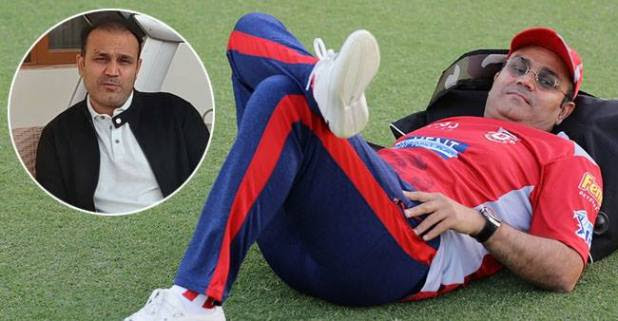 Hey, all cricket lovers you must be watching the ongoing Test Series of India vs Australia, but amidst all, Virender Sehwag who is bang on social media with his internet breaking stuff. This time it’s not funny, instead, he brings a great memory of the time when he was part of the team and played in the same city Adelaide in Australia.

Sehwag shared a video on his Instagram account and spoke his heart out on Pujara’s inning that made him reminisce of earlier Adelaide series. The best part he remembers from the series was his session’s least runs of 29 which was by singles and doubles but no opening of fours and sixes.

He also said that when he came back to the dressing room, M.S. Dhoni was making fun of him (in a teasing way) that he bagged no fours or sixes on the ground but Sehwag was mentally prepared for the game. One more thing that struck his mind with the memory was his statement in a press conference against Australia, yes Viru said, “Australia was scared and they were playing defensive cricket.”

Talking about the match, India won the toss and opted for batting first, with the end of 2nd day, Australia is trailing by 59 runs. Pujara played really well and made 123 runs, the man was run out by Cummins’s direct hit, while Ashwin added 62 runs.

Sehwag was really impressed by Pujara and even talked about him in his video, Viru also took to his twitter account and wrote: “Pujara was like a sage on this first day. Focused, determined and gritty. A knock to remember tagging Cheteshwar.”

Pujara was like a sage on this first day. Focussed, determined and gritty . A knock to remember @cheteshwar1 #IndvAus

Apart from that, on the second day’s match, he tweeted a few hours ago and his tweet reads as, “Good day for India today. The bowlers were superb- Ashwin was fantastic and they have done a great job in ensuring that Australia has played defensively and lost wickets as well. India needs to maintain the pressure and score big in 2nd innings.”

Good day for India today. The bowlers were superb- Ashwin was fantastic and they have done a great job in ensuring that Australia have played defensively and lost wickets as well. India need to maintain the pressure and score big in 2nd innings #AusvInd