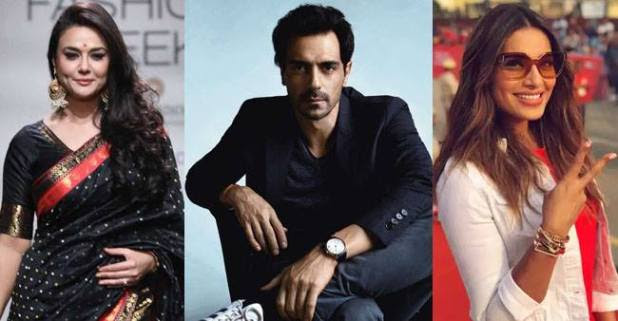 Bollywood is all about Friday hits and flop, the one who makes to it becomes the one who survives in this glamour world. But it’s even more difficult to get an opportunity to enter this world. It’s not a piece of cake to get inside the glamour world and grab attention. There are two obvious categories of people in the Indian Cinema, one with the Filmy background and another one who made it to this world are those who have worked hard and struggled a lot big and live example is Shah Rukh Khan and Priyanka Chopra, but today we have one more kind of list where apart from these two categories come the stars who were simply caught in the eyes in their most ordinary scenarios and a simple offer and suggestion changed their lives.

The beauty Preity Zinta was spotted at a friend’s party in 1996 by a director who got her few advertisements.  She then accompanied a friend to an audition where she was spotted by Shekhar Kapoor who offered her movie in Bollywood.

Bipasha was spotted in a hotel lobby by Arjun Rampal’s wife Mehr Jessia. She suggested her to take up modeling and she was damn right as the rest is history.

The girl ran away from home to try her luck in modeling and theater in Delhi. When she was on a trip to Mumbai Anurag Basu spotted her and offered her a debut movie.

Arjun was simply spotted by designer Rohit Bal dancing in a discotheque. We are glad he turned him to modeling and thus a fine handsome actor.

Ileana’s mom worked at a hotel where the manager of the hotel spotted her and made him introduced to designer Marc Robinson and thus she got commercial ads afterward.

Ameesha who always wanted to be a theatre actress was luckily the daughter of Rakesh Roshan’s friend who saw her passion and hence she grabbed the role in his movie.

These stars were spotted at very normal occasions and then they went on to become the biggest stars of Bollywood.