Birthday Special: Geeta Phogat’s Interesting Facts From Her Wrestling Journey will Inspire You 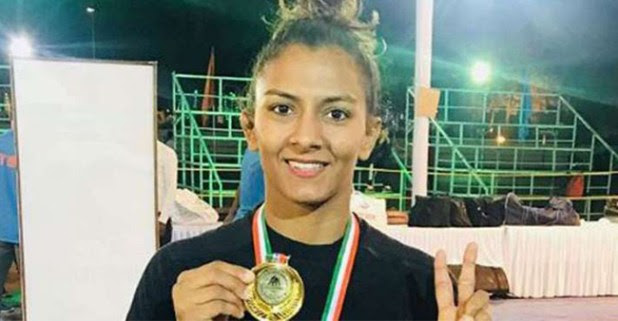 Geeta Phogat and her family has been in news for a very long time. The pride of Haryana is turning 30 years old today. She is the first ever woman wrestler who won a gold medal for India during Commonwealth Games, 2010. She took all the limelight after the release of Dangal. The movie revolved around how a man trained his daughters to excel in a male-dominated sport like wrestling he broke all societal beliefs. The story of Geeta Phogat’s life and career is far more inspiring. Let’s know some facts that you don’t know about her.

1. In 2010, during the Commonwealth Games, Geeta Phogat won India’s first ever gold medal in Women’s Wrestling in the 55 kg Freestyle.

2. She was appointed as the DSP of Haryana Police in October in 2016.

3. Geeta’s father, Mahavir Singh Phogat was also a wrestler and senior Olympics coach. He raised both of his daughters like his sons and opposed girly attributes like long hairs and ladylike clothes.

4. Geeta is married to Delhi-based wrestler Pawan Kumar. He is also a bronze medal winner at the 2014 Commonwealth Games in the 86 kg weight class.

5. His father has trained almost half a dozen top Indian wrestlers. The Wrestling Federation of India was so impressed by him that they shortlisted his name for Dronacharya award.

Meanwhile, Geeta Phogat has worked a lot to achieve such success in her life. We hope that she continues to achieve more success and love from his fans.