Birthday Special: Boman Irani made his debut in his 40s proving that it’s never late to follow your passion 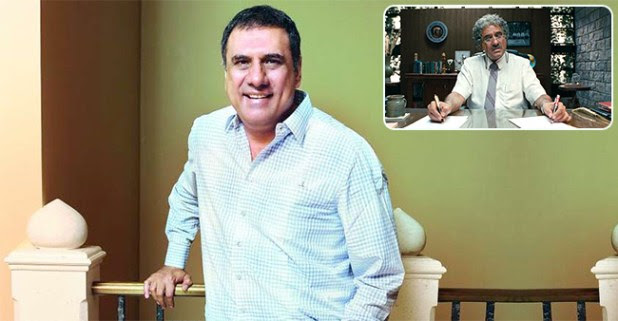 Boman Irani, who is turning 59 today became an integral part of Bollywood as soon as he entered the cinema. The actor started his career for the first time when he was 41. Most of the roles he has done have been loved dearly by the audiences. His life has been a total mixed bag of aspirations and ways to fulfill them.

At an age when most Bollywood actors eye a retirement from the industry, Boman entered into Bollywood. Boman looked upon as those actors who breathe life to the characters they essay. He is an emotional and loyal actor, who can cry possibly watching even Tom and Jerry.

Interestingly you will be glad to know that Boman started his life as a waiter, went on to become a photographer, did theatre and finally made his debut in Bollywood at the age of 44 with Raju Hirani’s Munna Bhai M.B.B.S. Boman also shared about his multiple issues while growing up. He had a speech problem. He also suffered from dyslexia and wasn’t good at academics too. Therefore he found a job as a waiter at the Taj Mahal Palace Hotel and worked there for two years.

Later, due to his family problems, he left his job and started managing his family shop which he did for long 14 years until he thought there was more he had to explore. Then he brought a camera and started clocking photographs for Rs 25 to getting 300 dollars for each. He realized his inner desire of and soon found his calling. He got a chance to meet choreographer, Shiamak Davar who introduced him to the theatre. After doing several plays for some years, Vidhu Vinod Chopra spotted him and after a long discussion, Boman Irani agreed to do Munna Bhai M.B.B.S.

Apart from these, he is a voice-over artist and even a singer. Till now he has worked in movies like 3 idiots, Main Hoon Na, Veer-Zaara, Lakshya, No Entry, Bluffmaster, Being Cyrus, Don, Jolly LLB, Khosla Ka Ghosla, Housefull and Happy New Year.

Moreover, his iconic role in Munna Bhai M.B.B.S. and Viru Sahastrabuddhe ka Virus from 3 idiots is still remembered by the people. Boman is a perfect example of a person whose never-ending hope took him to fulfill his desires. Till now, he has worked with many biggies like Shah Rukh Khan, Aamir Khan, Sanjay Dutt, Akshay Kumar, Hrithik Roshan and many more.