Birthday Special: The beautiful love story of Riteish-Genelia will make you fall in love with them. 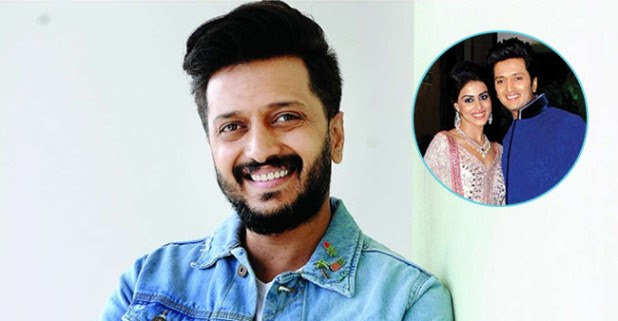 Riteish Deshmukh and Genelia D’ Souza are one of the cutest couples of the film industry. Their on-screen and off-screen chemistry has been so cute and adorable that it would not be wrong to call them the perfect couple of B-town.

It’s Riteish 40th birthday, and we were traversing through his journey and found something really exciting to share with you that nothing other than his beautiful love story with gorgeous wife Genelia. From the first meeting to dating to the wedding to having children, their love story blossoms every day.

The year was 2002 when the two met for the first time but who knew that this first meeting would be one day a forever union. Genelia at the age 16 years with full of mixed feelings reached along with her mom to meet a young boy from a political family of Maharashtra and this young man we are talking about, was none other than Riteish Deshmukh, Maharashtra’s then Chief Minister’s son.

When the two met for the first time in the sets of their debut film Tujhe Meri Kasam, Genelia was totally surprised as Riteish came out to be calm and polite with everybody on the sets while she thought him to be bad influence boy from a political family, her thoughts for him started changing while the shooting, Riteish had good terms with Genelia’s parents and thus the actress got impressed with him despite being the CM’s son, Riteish was completely humble person.

Slowly both of them fell in love and after a nine-year-long relationship finally tied the knot on February 3, 2012, and till now shares a healthy marital life. The lucky couple was blessed with two beautiful baby boys after two years of their wedding, being the elder cutie, Riaan, was born on November 25, 2014, and the younger one, Rahyl, came into this world on June 1, 2016. The couple is active on social media too and shares pictures with their children.