Amazon recently said Apple Music would find its way onto Amazon Echo devices sometime soon — and sure enough, it appears to be rolling out now.

To make Alexa work with Apple’s streaming service, you should just have to jump into the newly updated iOS/Android Alexa app and link up your account. You can find the option under Settings > Music.

Once done, commands like “Alexa, play music by Halsey on Apple Music” should work. Or, if you don’t want to have to say the “… on Apple Music” bit every time, you can just set Apple Music as the default service. If you don’t have a specific artist in mind, you an also request playlists or genres.

One catch: as 9to5mac points out, it appears this currently only works with Amazon Echo speakers, and not yet with third party speakers (like the Sonos ONE or Polk’s Audio Command sounder) that happen to have Alexa-support built in.

Not a fan of Apple’s offering? Alexa also works with Spotify, Pandora, Tidal, Deezer, and Amazon’s own Music service. 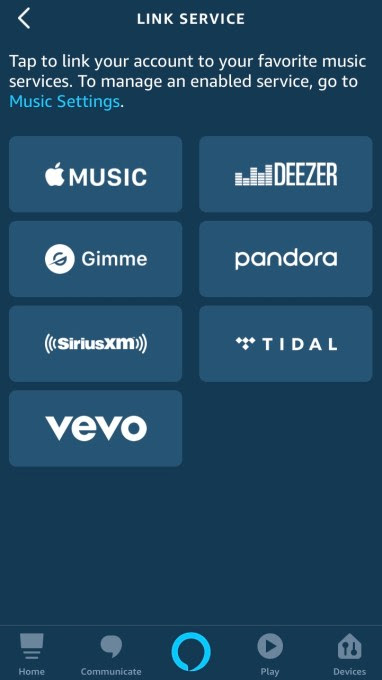