Zero Trailer: SRK Starrer Is A roller Coaster Of Emotions We Just Can’t Wait To Watch 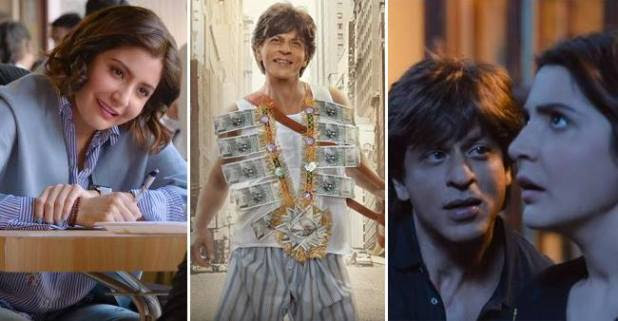 Finally, the trailer of the most anticipated movie Zero has been released on Shah Rukh Khan’s 53rd birthday. This Aanand L Rai directorial movie also stars two gorgeous ladies, Katrina Kaif and Anushka Sharma. The trio is back with a bang and the trailer says it all.

Zero is slated for the release of 21st December 2018 in which SRK will be playing a challenging role for the very first time in his decades’-old career as a vertically challenged man whereas Katrina will be seen playing an actress who is an avid drinker and Anushka seems to be physically challenged, scientist.

Without any further ado, here’s the trailer of the movie.

The trailer has left us with excitement for the release and we are sure, Zero will be SRK’s Blockbuster of all the time. Shahrukh has left behind his romantic and chocolaty boy image and accepted this role of a dwarf. Also, Salman Khan has a special number in Zero which teaser has been released earlier on Eid.

Earlier, revealing the two more looks from the movie, the makers left us astonished with Anushka and Katrina’s poster. Have a look at it…

Meanwhile, Bauaa Singh has got all our hearts with his charm…

Aanand L Rai has reinvented Shah Rukh Khan and presented him in a manner that will make his fans erupt in joy. The height of Bauaa Singh wouldn’t matter after a point of time. He has been presented as a rock star, say the critics.

Talking about the movie, it has been also revealed that SRK doesn’t want to reveal Anushka’s look and hired a tight security and issued no mobile phones rule on the sets which have made the fans even more curious as everyone wants to know more about Anushka’s character in ZERO.