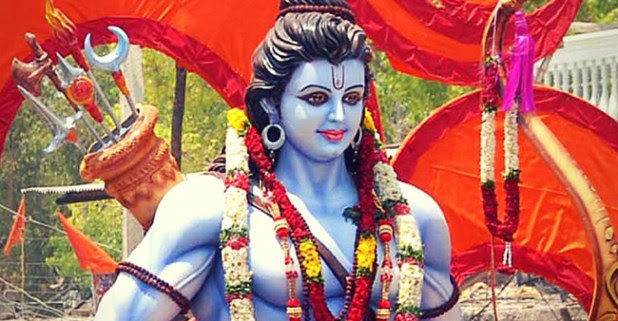 Yogi Aditya Nath, Uttar Pradesh’s chief minister is likely to conduct the centre on plans to build a statue of Lord Ram on the banks of Saryu River in Uttar Pradesh. The chief minister got inspired by Sardar Patel’s Statue of Unity in Gujarat. He will announce the statue of LordRam. the details have not been revealed yet and the time frame has been set so far. It is reported that he will make the announcement on Diwali. According to Times Now, the statue of Lord Ram to be built of more than 100 meters in height. the statue will be built at a cost of Rs 330 crore and will be installed on a 36-meter high pedestal near the river.

Earlier it was reported that Adityanath administration in UP is planning two projects for ‘social development: A 100-mete Lord Ram statue at Rs cost of Rs 330 crore and a ‘Navyu Ayodhya’ (New Ayodhya) planned at a cost of Rs 350 crore was proposed, as per Economic Times.

With the statue, it seems that the rhythm which eventually would lead to the construction of Ram temple in Ayodhya. Bhaiyyaji Joshi said, ‘the organization will not hesitate to launch an agitation for Ram temple if needed, but since the matter is in the Supreme Court if al options run out.”

He stated this when he was Asked that whether the Sangh will launch an agitation for Ram temple construction like in the 1990s. The groups and sadhus are building pressure for construction of the temple by bringing an ordinance or an executive order it seems that the BJP government is left with a very little option.

Meanwhile, the confirmation is still not made that when the government is going to announce the good news. A few days earlier, UP BJP chief Mahendra Nath Pandey told the media that the people should wait for Diwali to hear some good news on Ram Mandir.