Video: MS Dhoni Made The Day Of His Young Fan With A Heartfelt Gesture 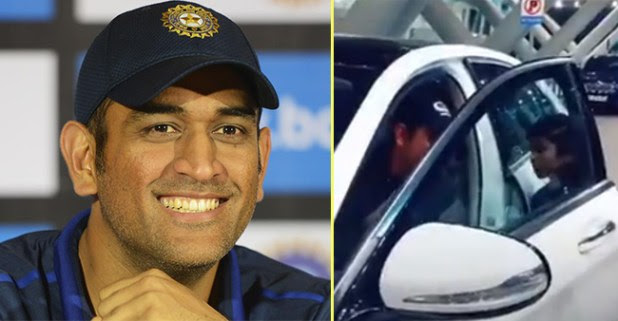 Mahendra Singh Dhoni is one of the most popular cricketers in India on and off the pitch. At the age of 37, he continues to be one of the favorite cricketers of a huge crowd. He has been a former Indian captain and his recent gestures towards a young fan is a prove that why he is so much lovable.

A video has gone viral on social media in which Dhoni is seen interacting with a young fan while sitting in his car, not caring about the protocols. Before parting their ways, Dhoni also shook hands with the kid. The adorable smile on Dhoni’s face during the small interaction showed that he genuinely wanted to make the young fan happy.

Dhoni’s had lived a glittering career that has led India to triumphs in the World T20, ICC Cricket World Cup, and Champions Trophy. But, now the selectors have preferred to drop him from their T20 plans in order to groom young wicketkeepers. But still, his influence on the team remains as strong as ever.

At the end of the T20I series against West Indies, Rohit Sharma said, “MS Dhoni was not part of the Nidahas YTrophy in Sri Lanka also. MS being in any team is a big miss. His presence in the team itself is a huge boost for a lot of the players, not just me, especially the younger players.”

According to chief selector MSK Prasad, Dhoni’s T20I career is not over and the decision to leave him out was made to shore up back up options behind the stumps.