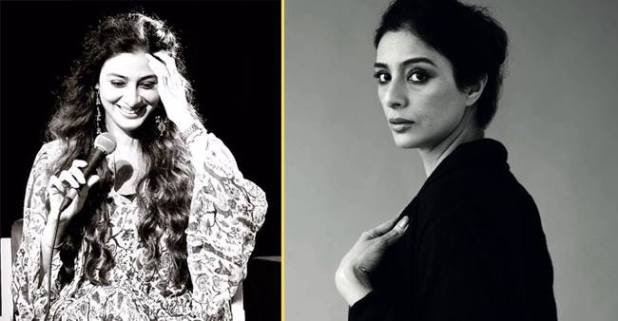 Undoubtedly, Tabu is one versatile actress in Bollywood we all have known. Not only in the golden era of Hindi film industry but also she has given many memorable performances in the last 4-5 years. With movies like Haidar, Fitoor, Drishyam, Maqbool, Missing, Golmaal Again and the latest Andhadhun, Tabu has set herself once again in this industry. She has made everyone astonished with her charm and presence in such movies. Her persona is unmatchable and her beauty is unbeatable!

Well, the Cheeni Kum actress turns a year older today and gracefully steps in 47th birthday. It’s not known to many but her real name is Tabassum Naaz and has acted in Hindi films, in addition to English, Tamil, Telugu, Malayalam, Marathi and Bengali language films.

No wonder, Tabu will be counted in the list of best actress Bollywood has got. At the age of 47, Tabu hasn’t found her man and is still single. Tabu has dated several but one of the most talked love of B’town is of Tabu and that too with South superstar Nagarjuna. Tabu and Nagarjuna have worked in several Tamil films before.

Yes, it is true that the duo was very much in love and dated for almost 15 years before parting ways forever. The reason behind their breakup was Nagarjuna being already married. It is said that Nagarjuna had gifted an expensive apartment to his ladylove Tabu near his house in Hyderabad. The actor loved Tabu, but he did not want to break his marriage too, so he decided to be with his wife and break up with Tabu.

Amala Akkineni was Nagarjuna’s second wife before that Naga was married to Lakshmi Ramanayana in the year 1984 but got divorced in 1990.

After badly failing in love life, Tabu shifted back to Mumbai to focus on her career. It is said that Tabu still loves Naga and hence did not settle down till date.

Talking about her work front, Tabu will be next seen in a most awaited movie of 2019, Bharat, Ali Abbas Zafar’s directorial which also stars Salman Khan and Katrina Kaif in lead role.